Since I started interior designing Roomster’s office,  they bought a ticket for me to check out 29rooms for research and some inspo. 29 rooms is originally hosted by New York City and traditionally designed by retail brands, artists, celebrities like Nicole Richie, the actress Yara Shahidi, and other creatives.  I was a bit nervous going solo, and didn’t know what to expect, but it was in general a silly yet also thought provoking adult playground. Fortunately- everyone there was also cool about it and offered to take several fun photos of me. This year’s theme: Expand Your Reality, highly screamed political activism, but also featured several thought provoking concepts that themed around millennial issues. What I loved about this pop-up experience compared to Museum of Ice Cream was that I could spend however much time I wanted in each room – and had the opportunity to choose whichever exhibits I wanted to roam to.

Just as the Museum of Ice Cream had a tub of sprinkles, Pantene featured a tub of playground balls. Very original. 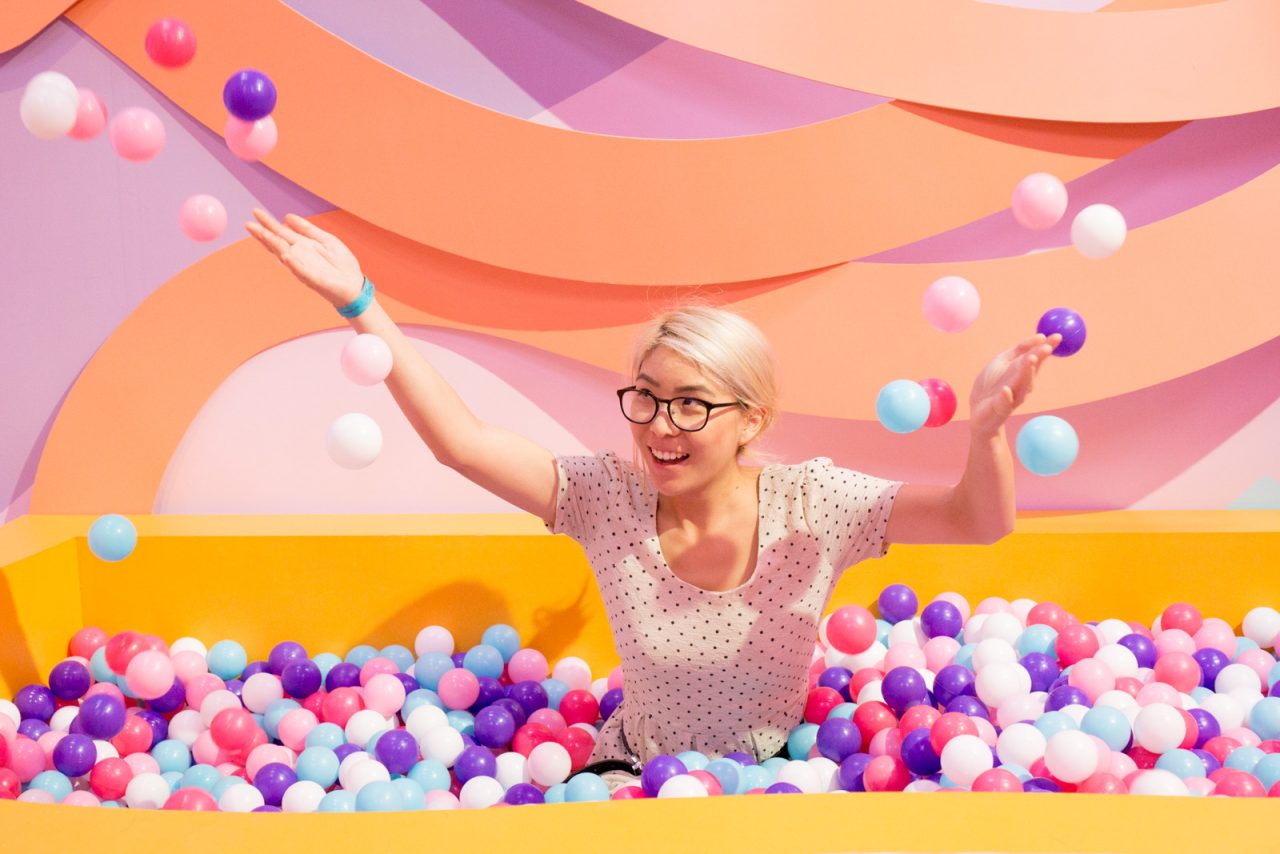 A particularly hipster room(s) were Rooms 20-21:  Between the Sheets, Rupi Kaur. As soon as I put on the provided headphones, I walked in a circle between curtains being guided with poetry until they reach the middle of light. 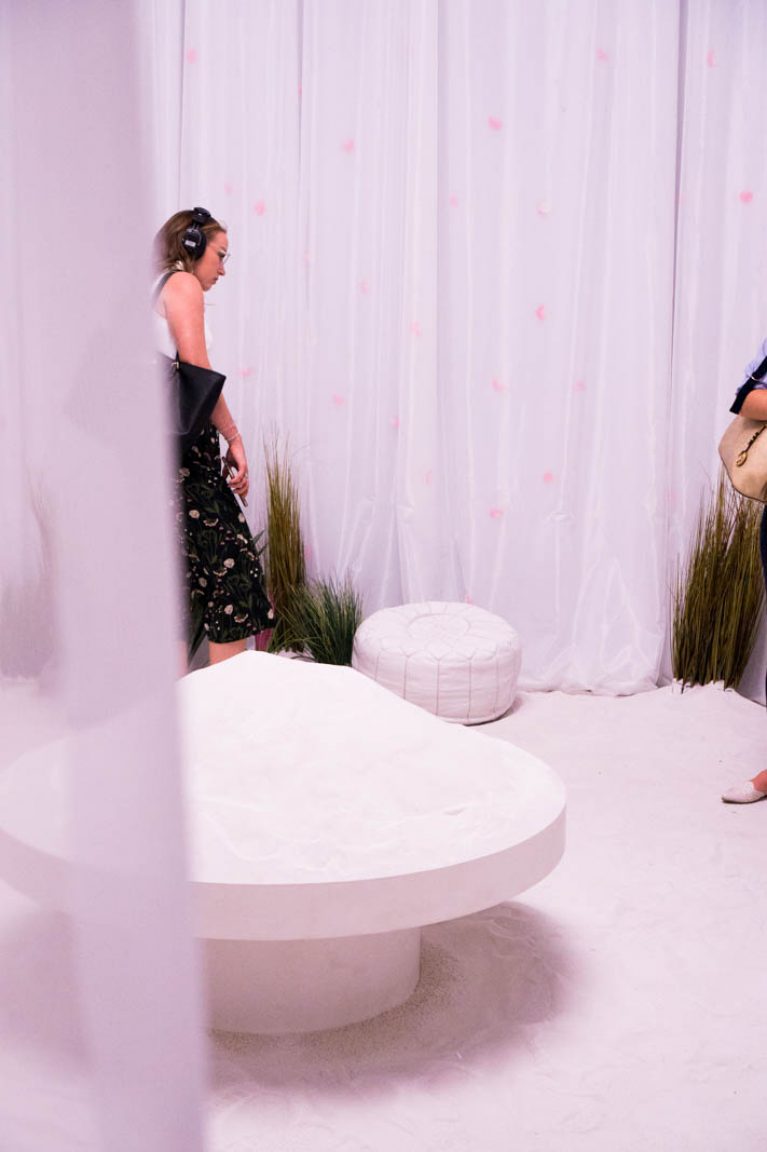 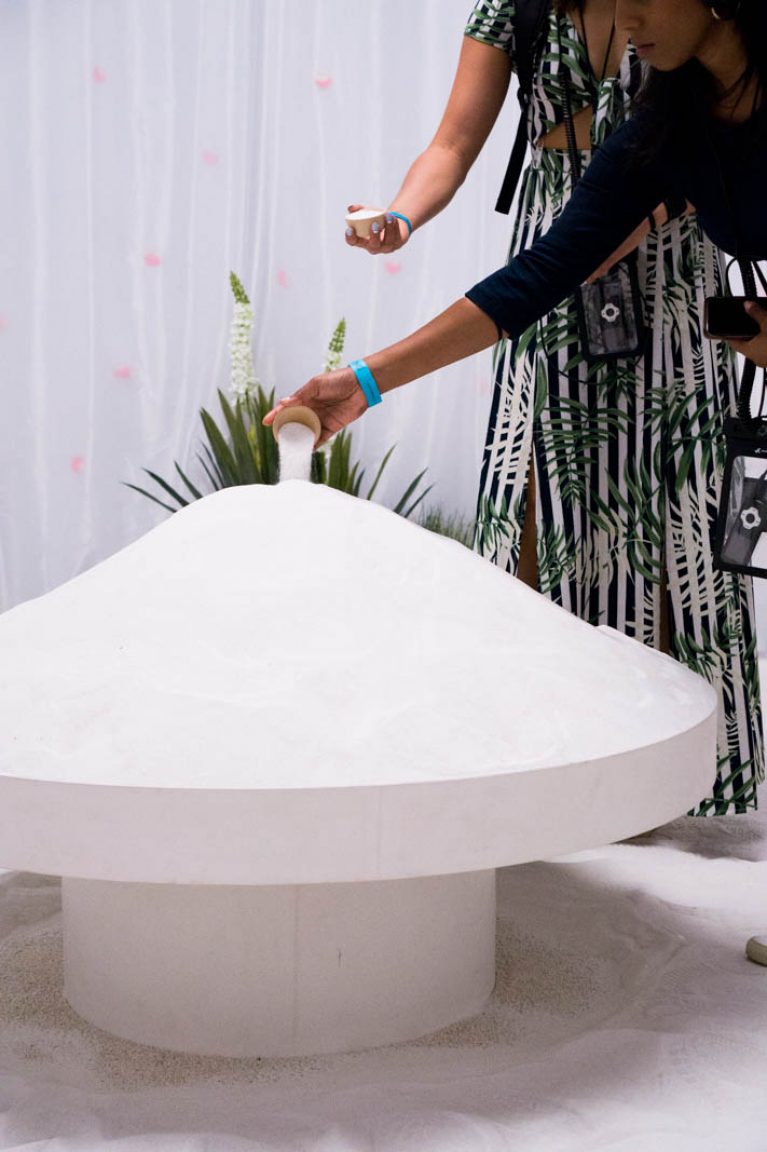 A thought provoking room was Refinery29’s Room of 29 questions; it required strangers to pair together, meditate while staring at each other, and open up about themselves based off a series of questions randomly selected from the stack of cards at the table. Surprisingly – the first card  she drew  for me was for me to talk about the last time I cried… and I  immediately thinking back to  re-adapting to life in California after Japan. Pretty damn deep. 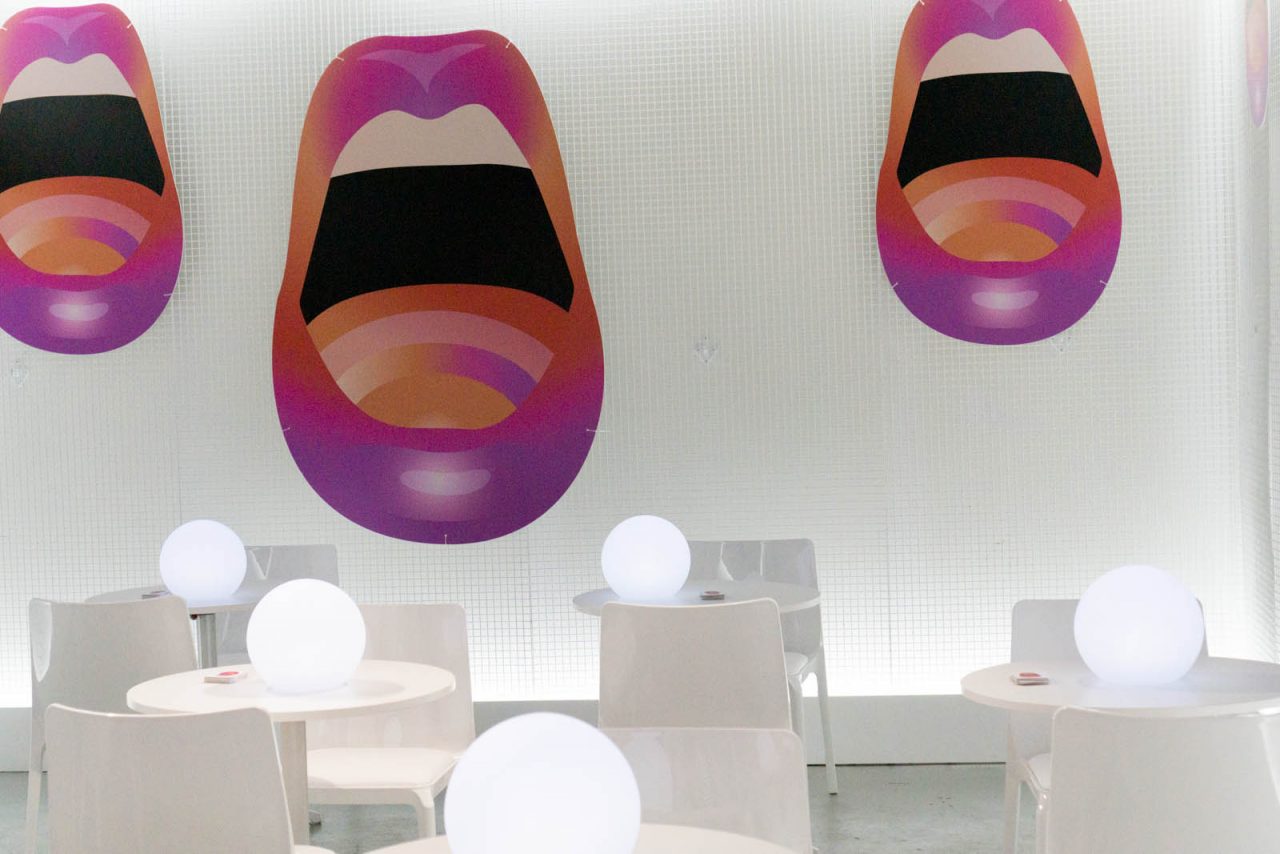 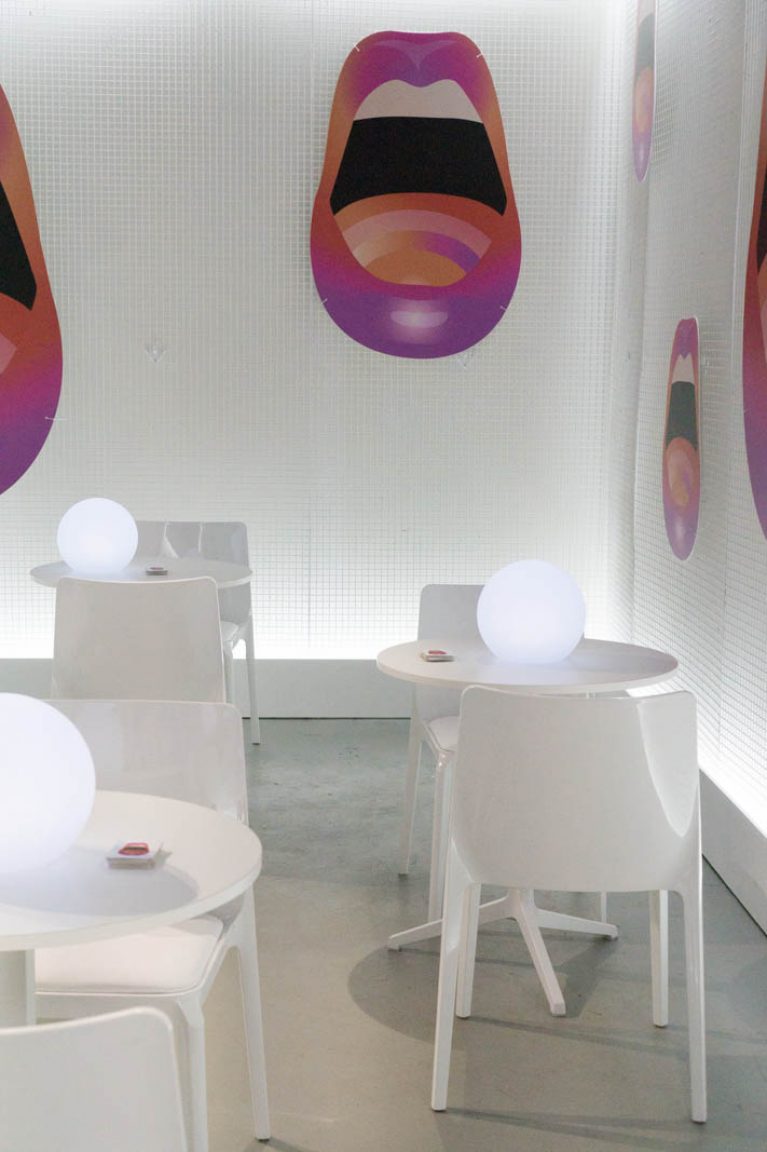 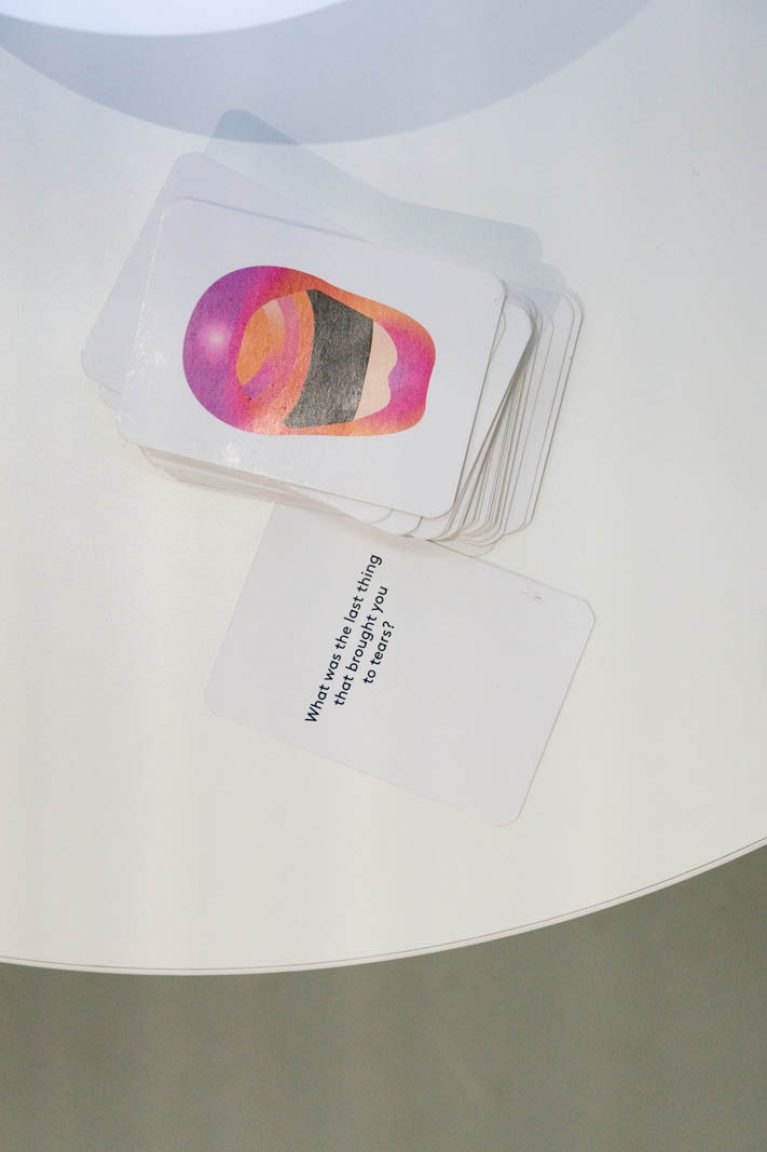 Room 06: Ace the Midterms, by Yara Shahidi and Eighteenx18. Of course the exhibit guide guessed that I’d want a photograph with the issue that I was most concerned about. 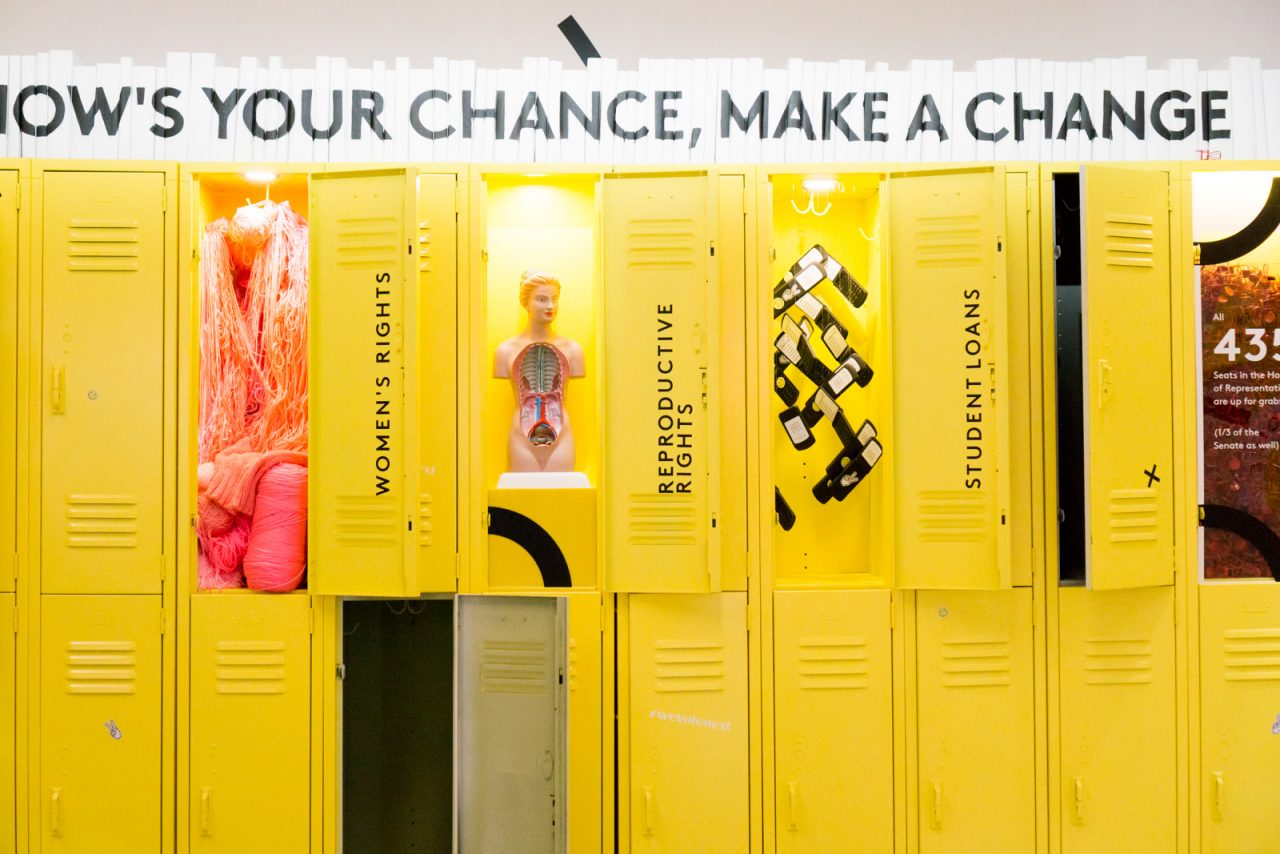 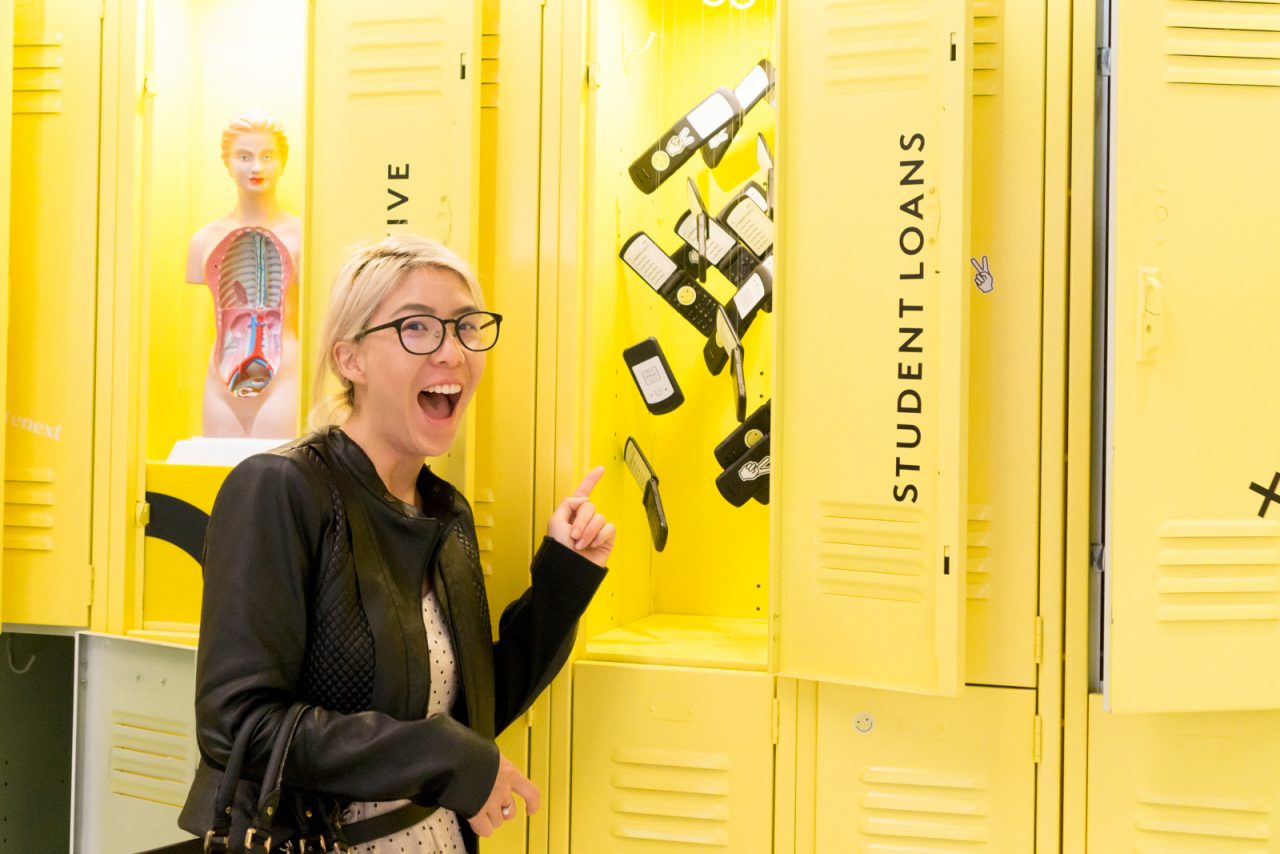 Room 26: Money Mantras, Money Diaries
Refinery29’s column-turned-book Money Diaries took a room of making a bank pyramid with encouraging notes for guests to better handle their finances and bring these back home. 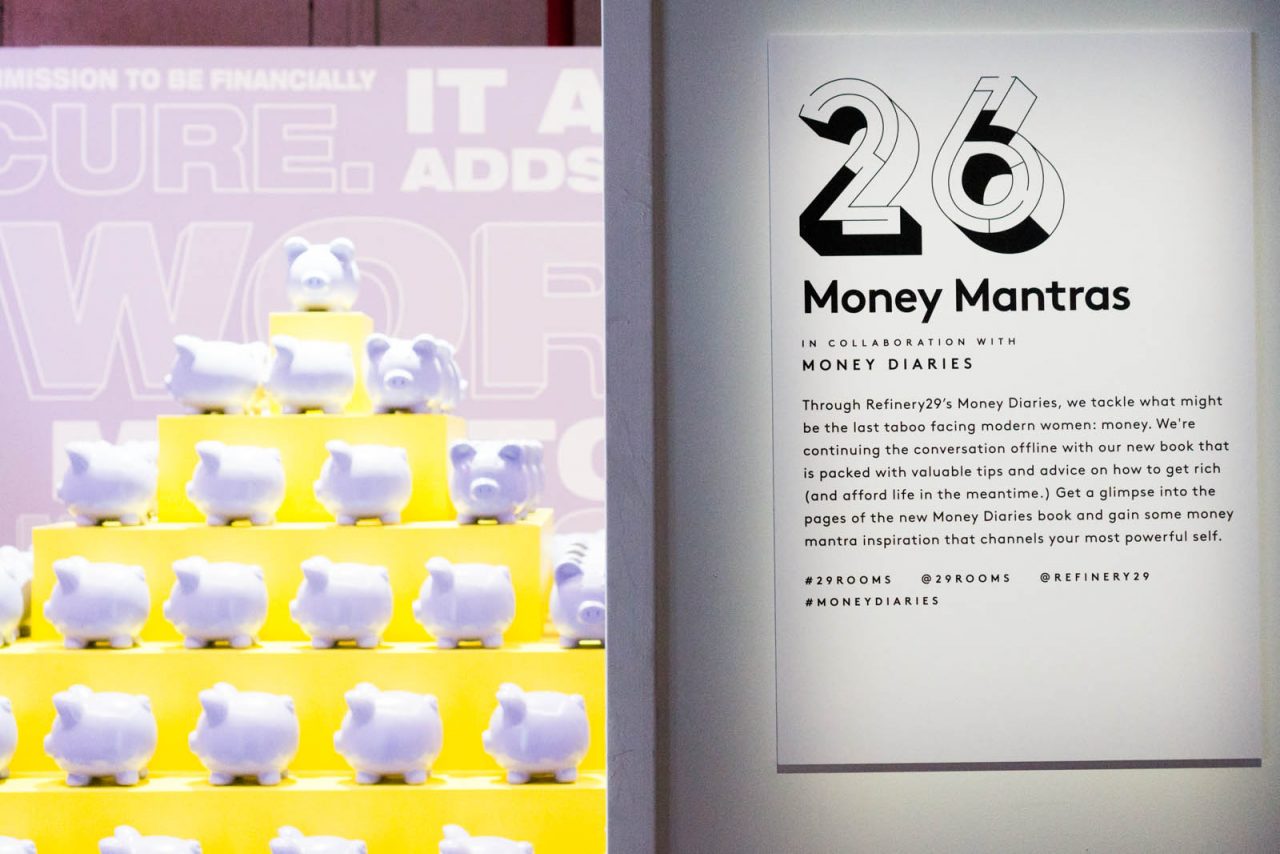 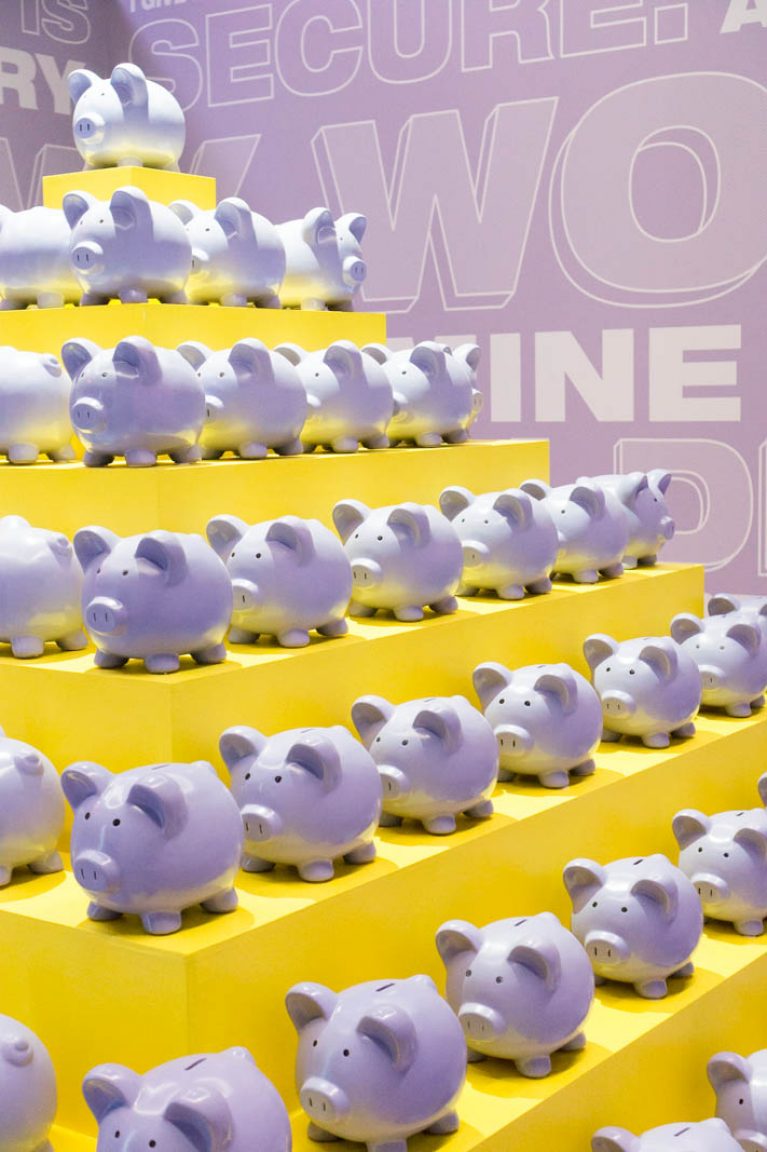 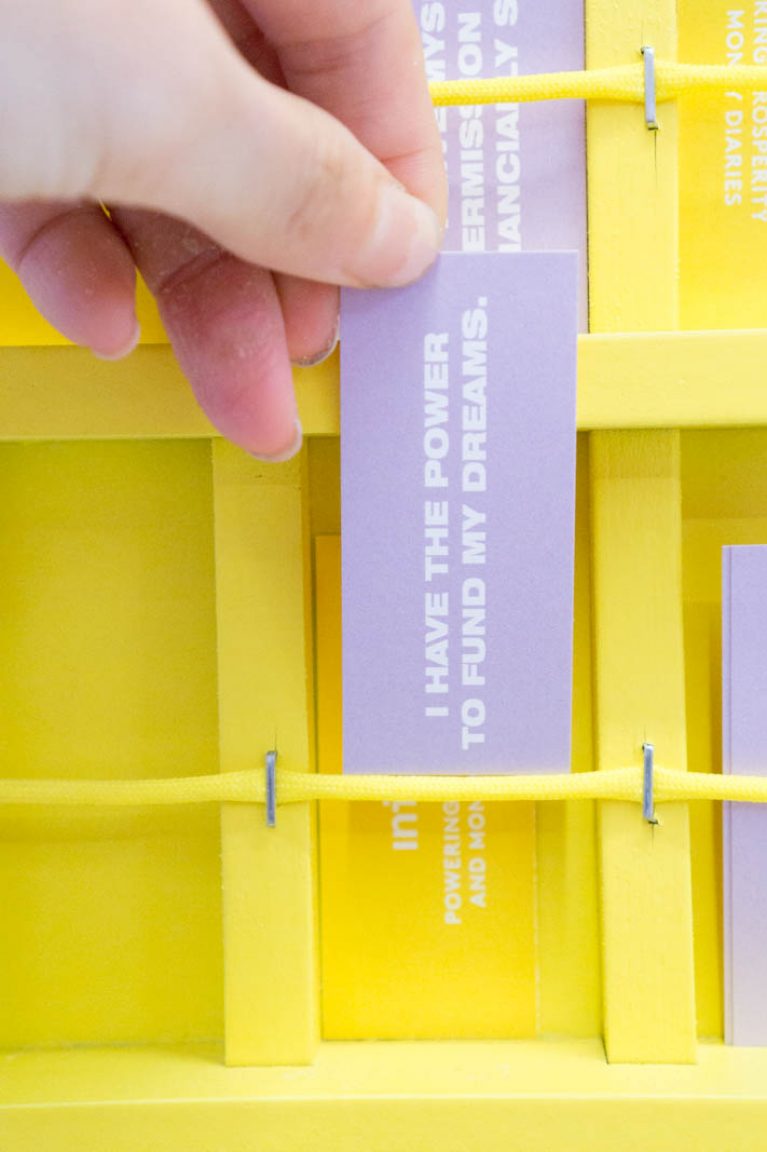 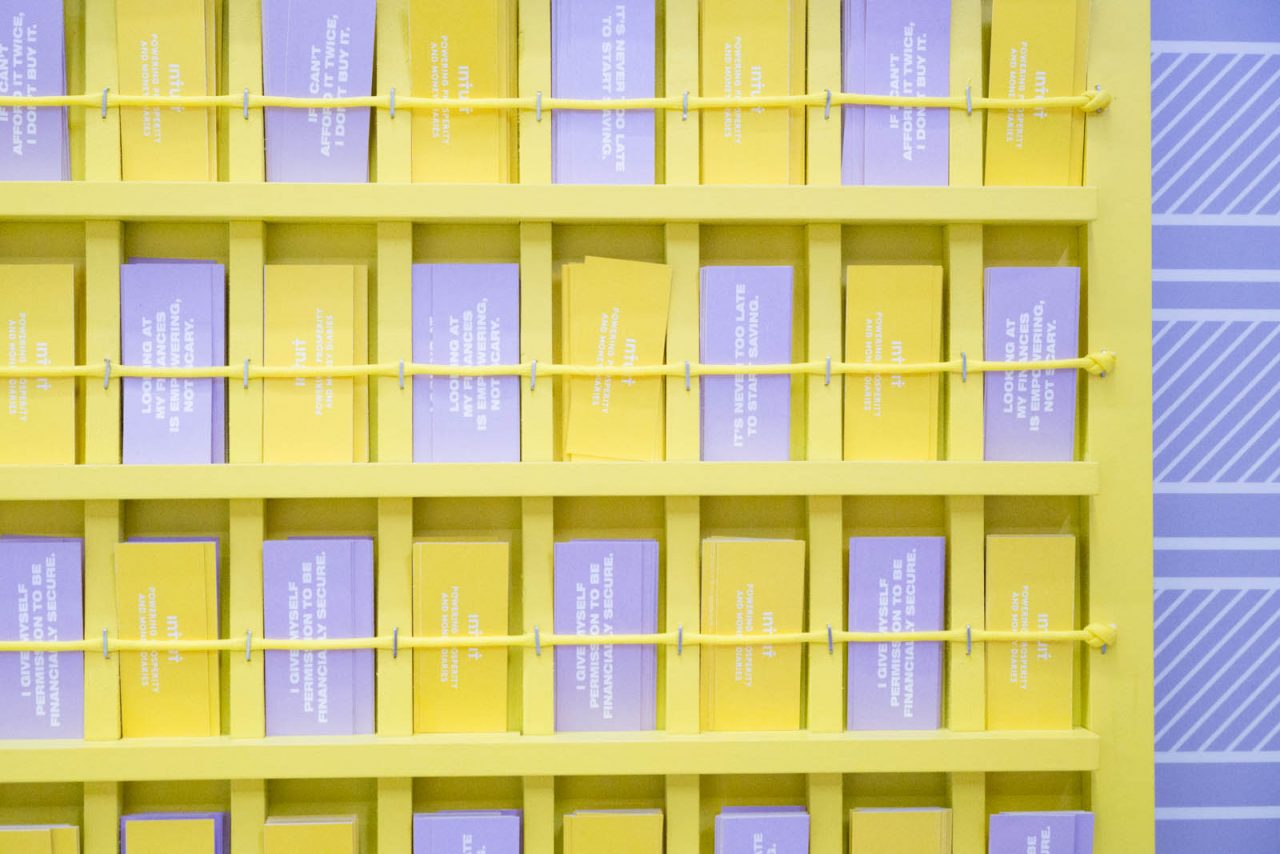 Room 29: A Conversation With Your Inner Child, Carlota Guerrero
Although #29, this was  the first room I entered and the  only room with natural light. The adult and child sculpture reflected the conversation that one can have with one’s inner child. The space included two desks where visitors could write a note to their “inner child” on pink notes of things they’d wish to say and post it to either wall. Although the concept is so original to me, it was a gorgeous space with a gorgeous fixture. 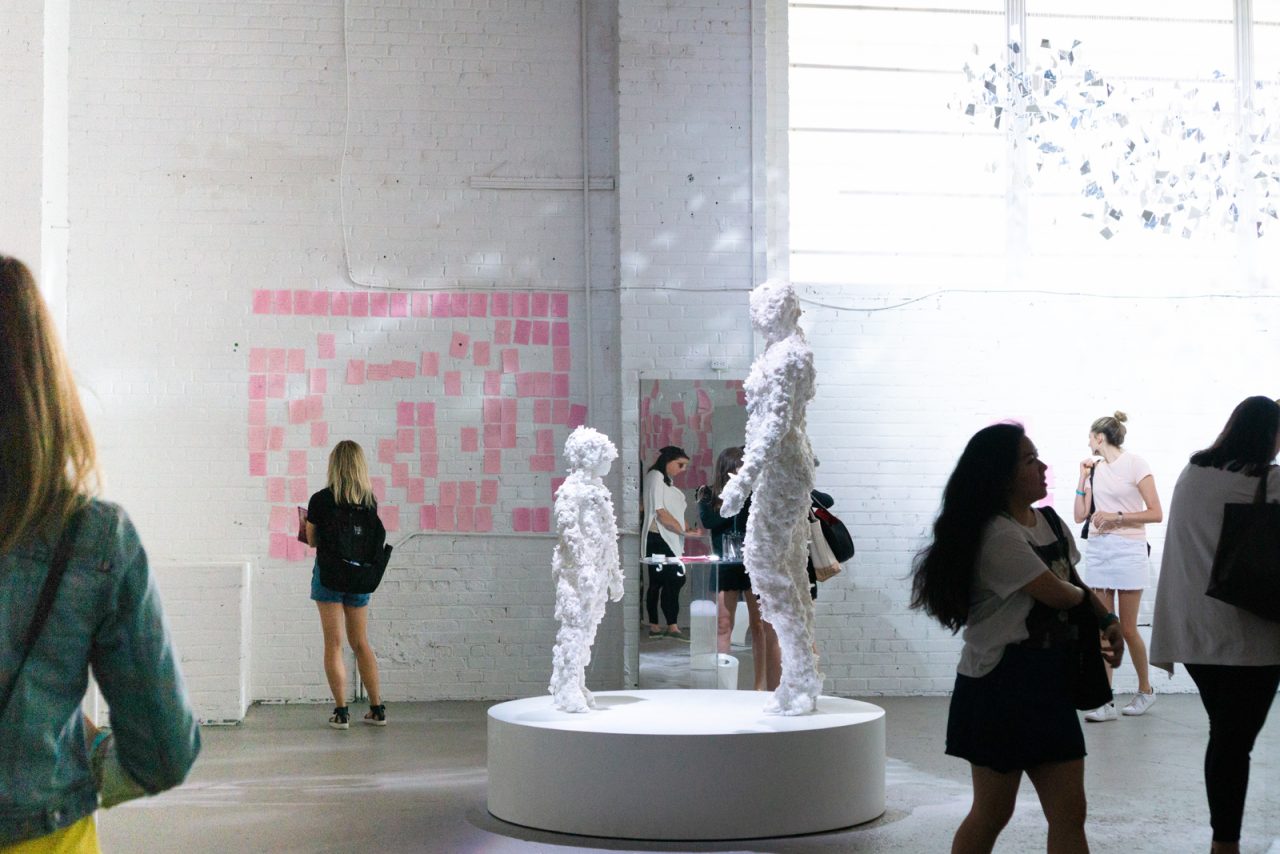 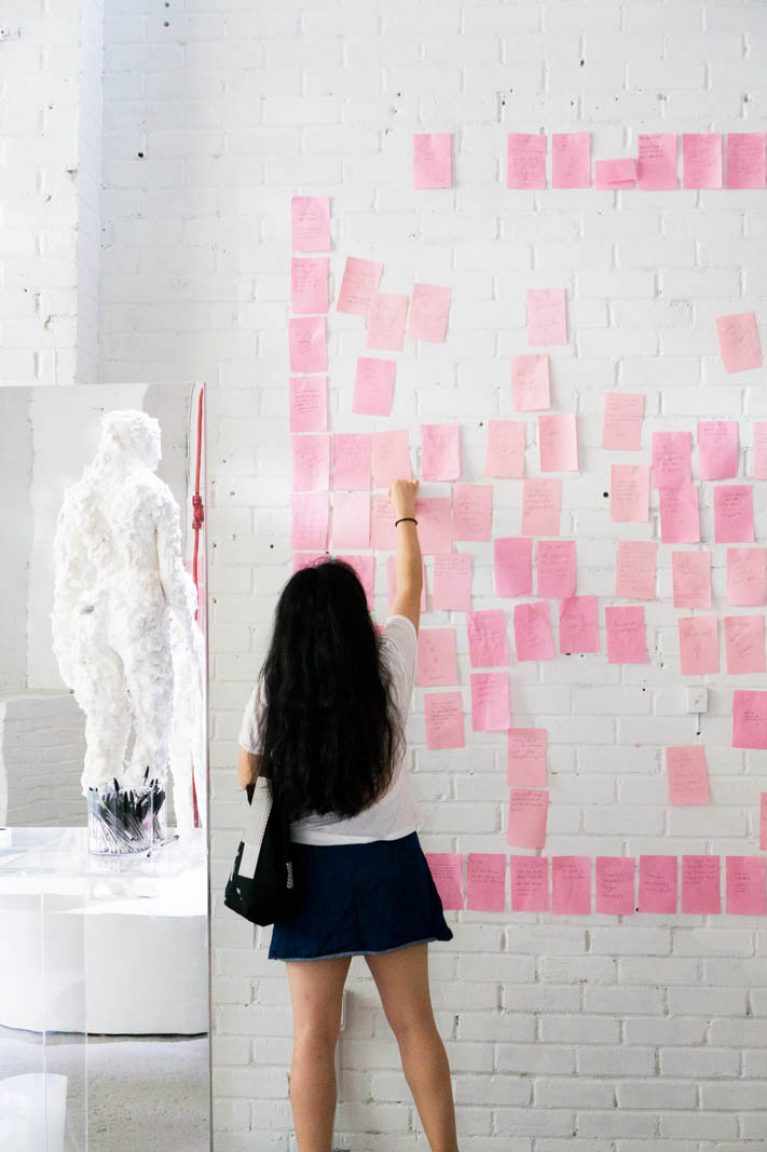 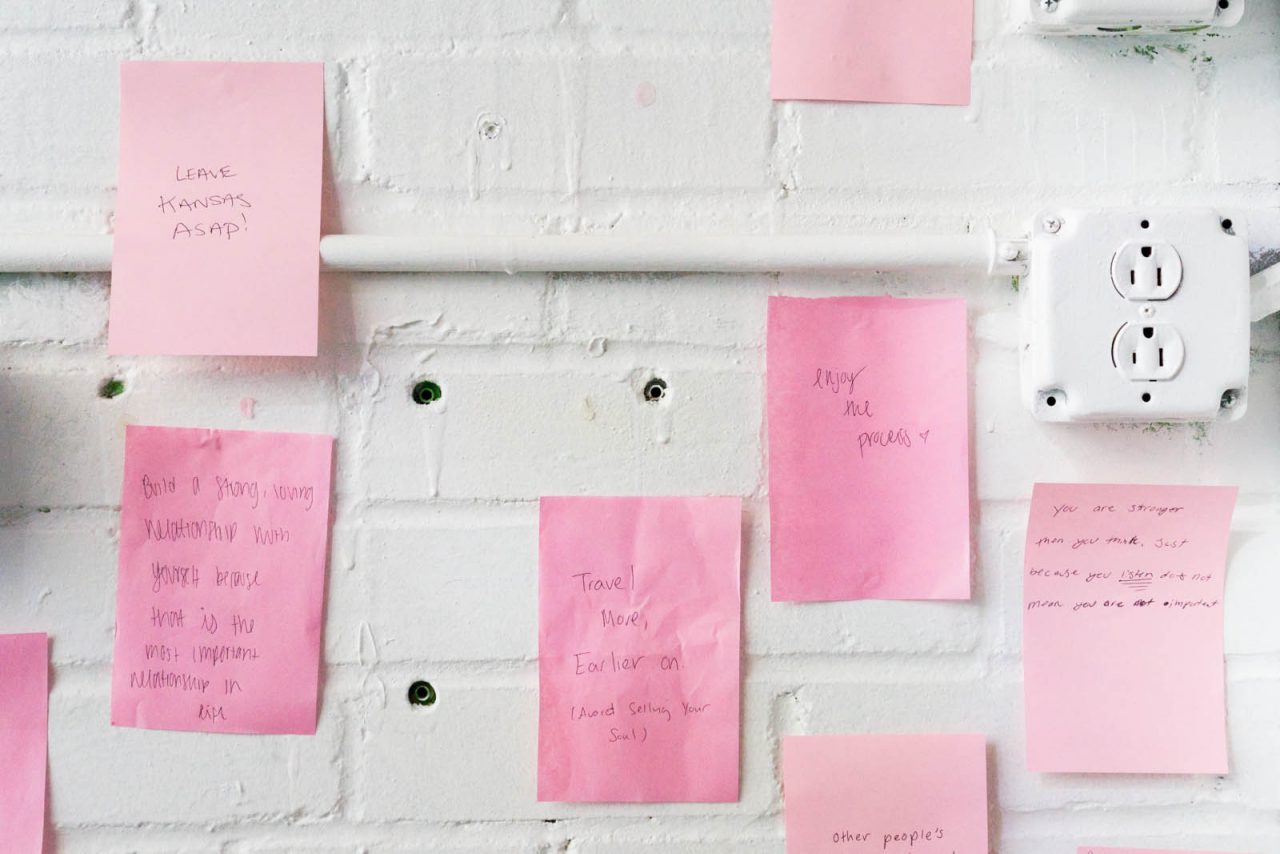 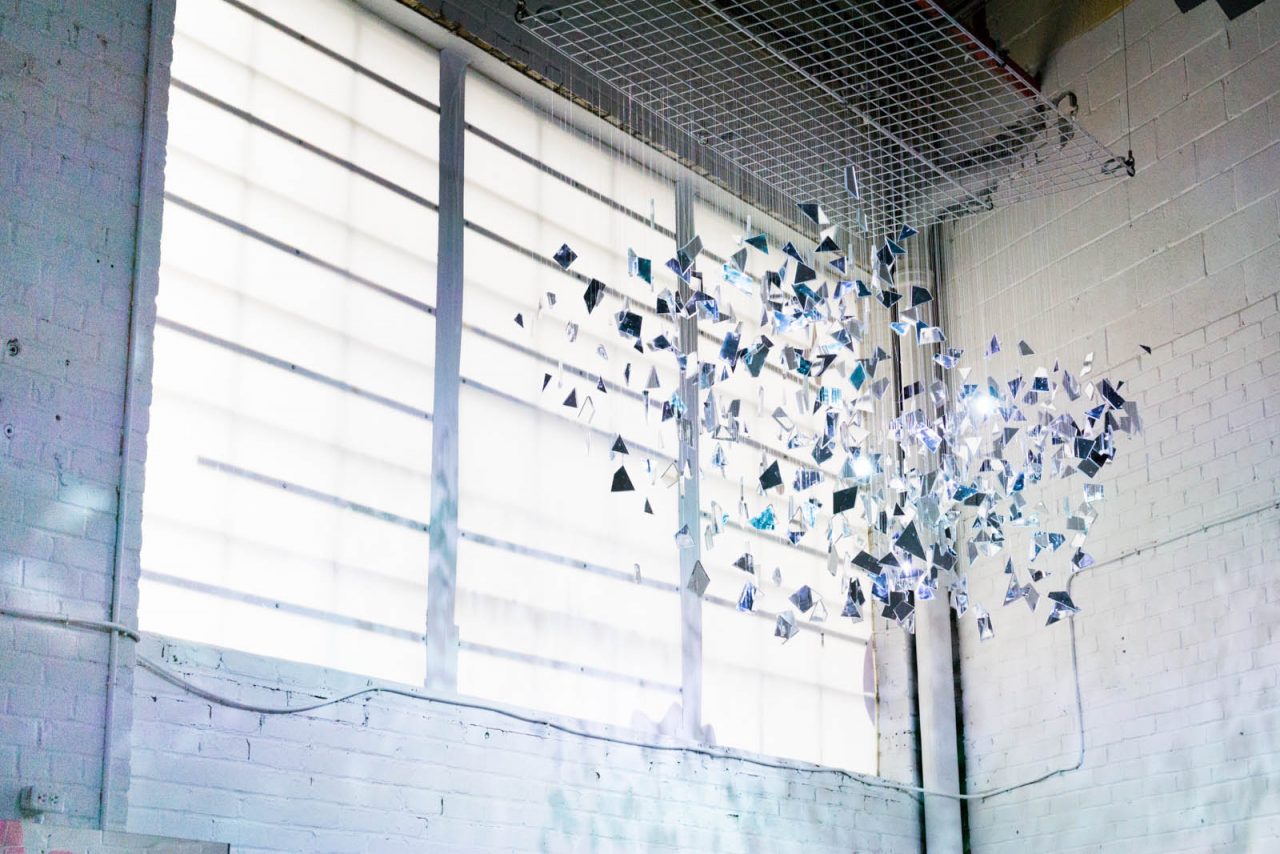 One favorite was Room 19: Dr. Jart+’s Idea Incubator, of which they show off the creative process in a lab room full of skincare samples behind popup display cases and hanging flasks filled with fluorescent liquid. 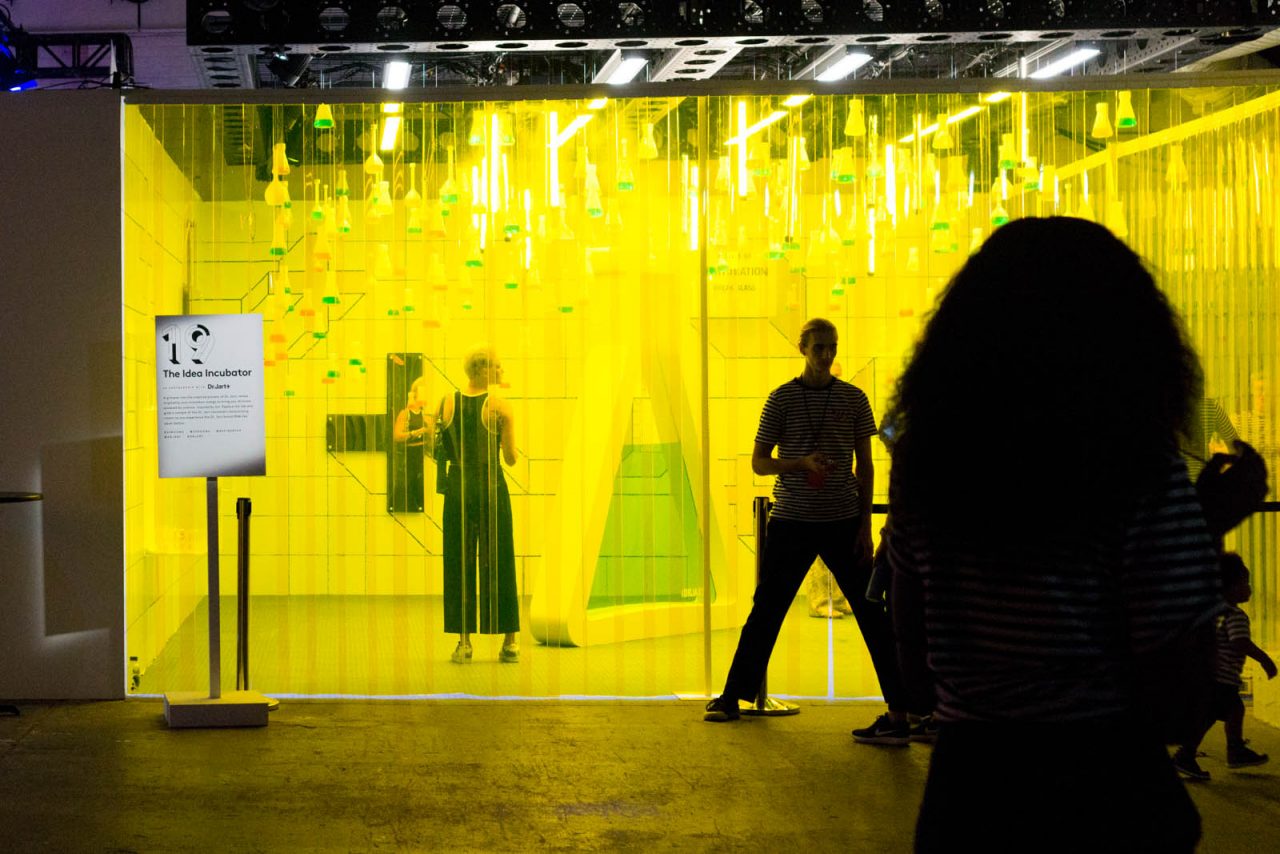 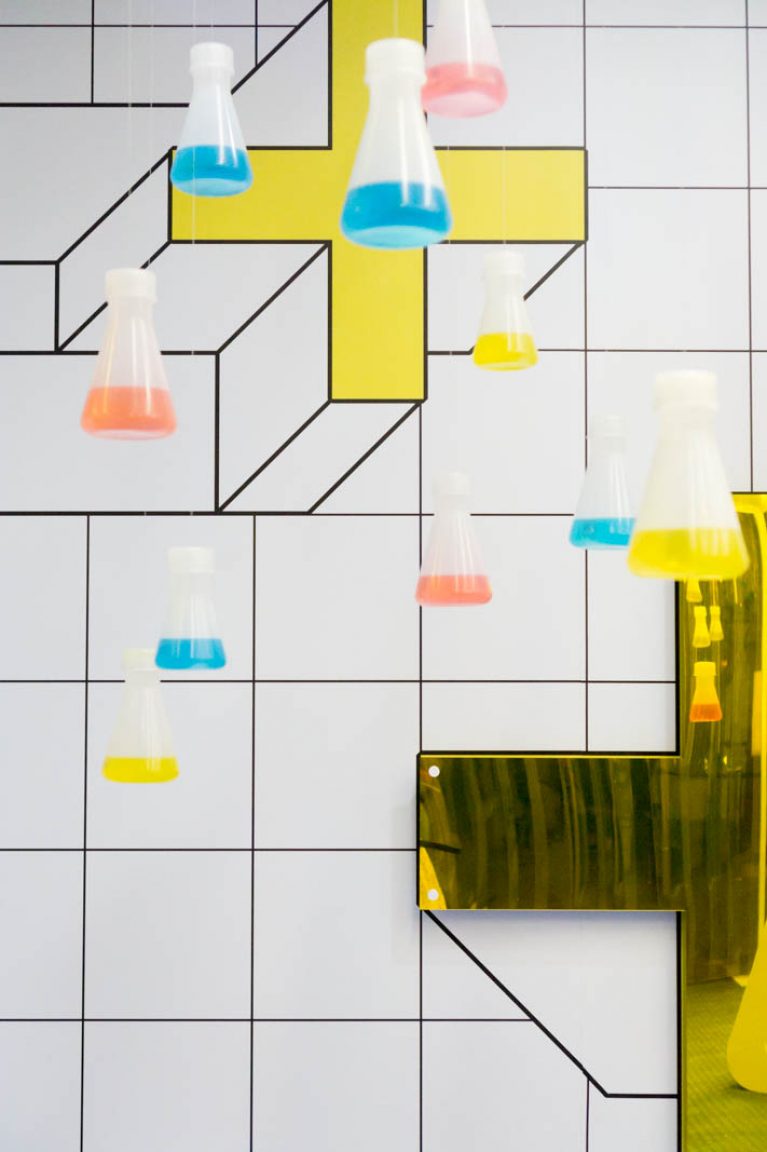 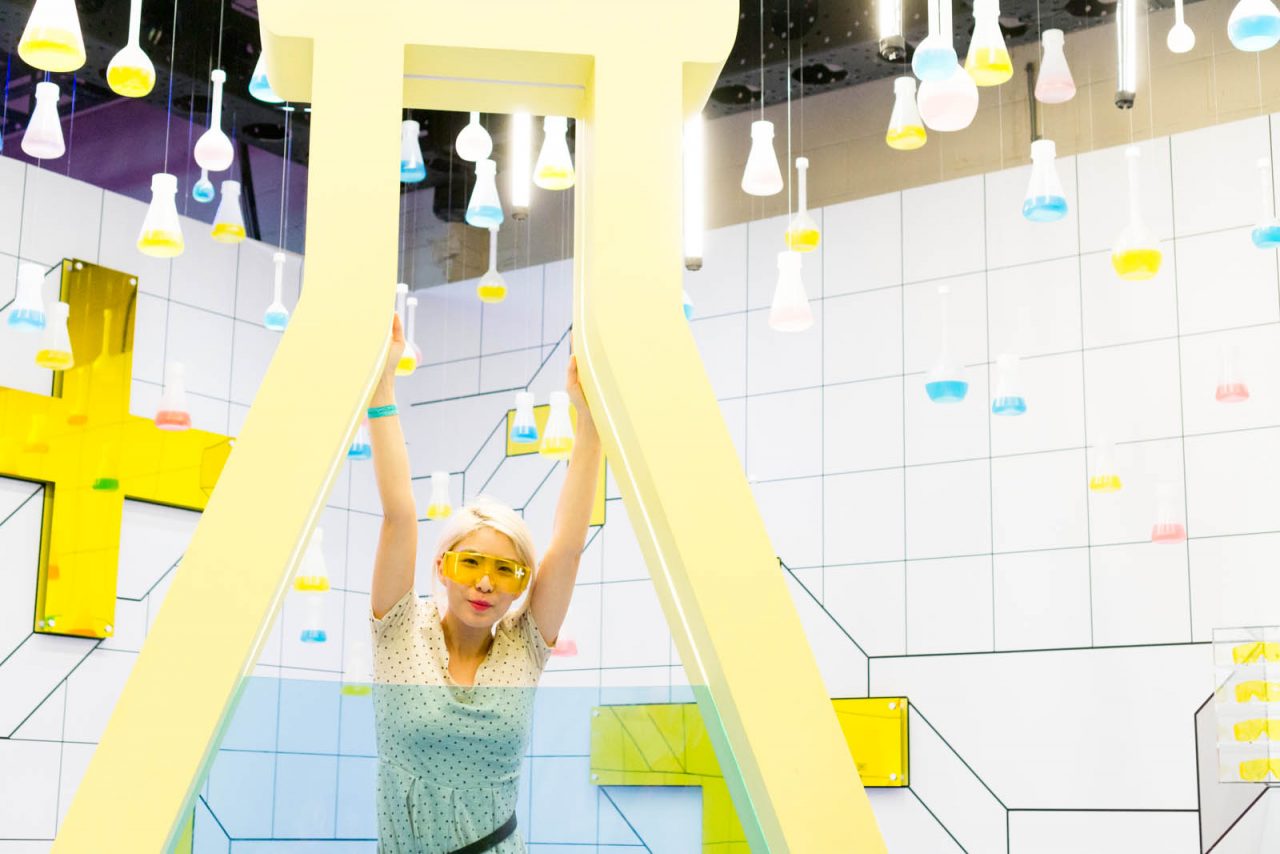 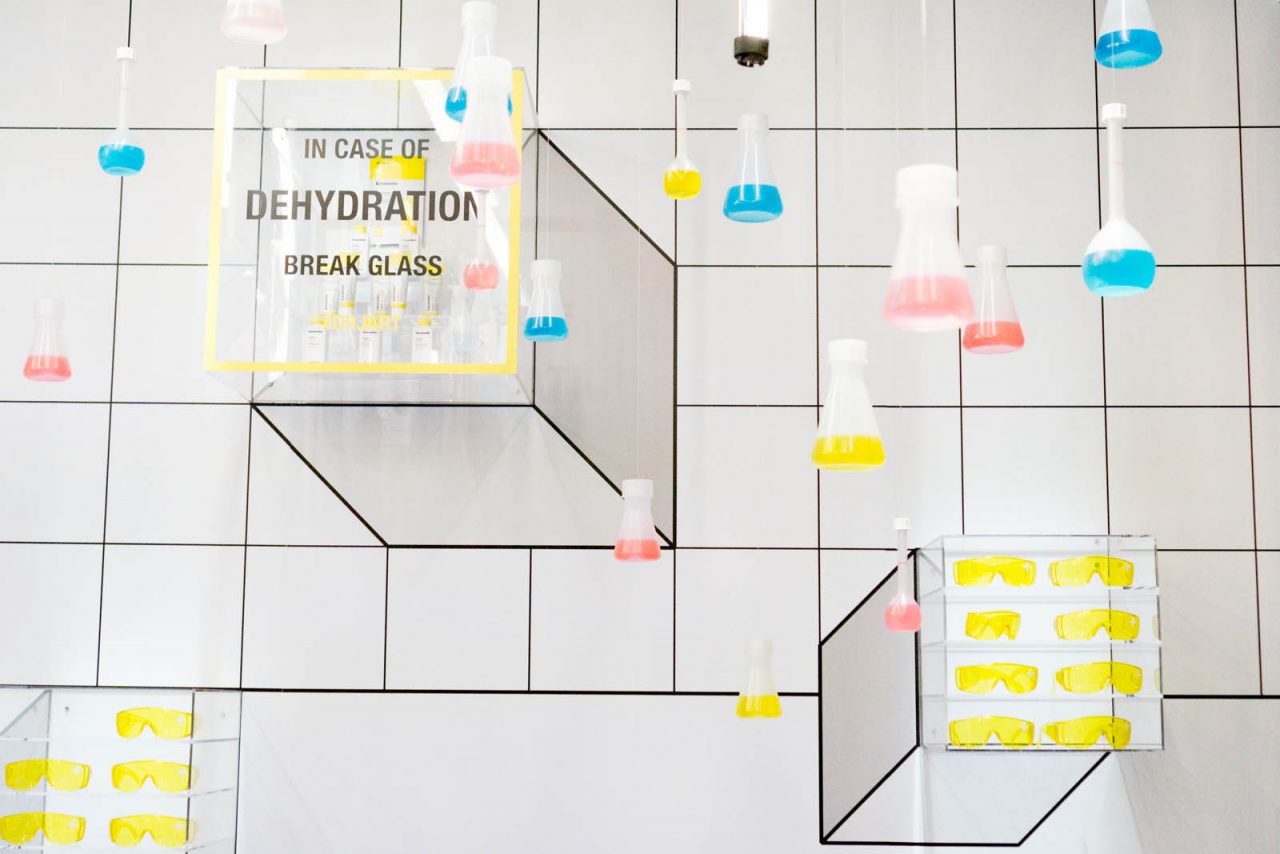 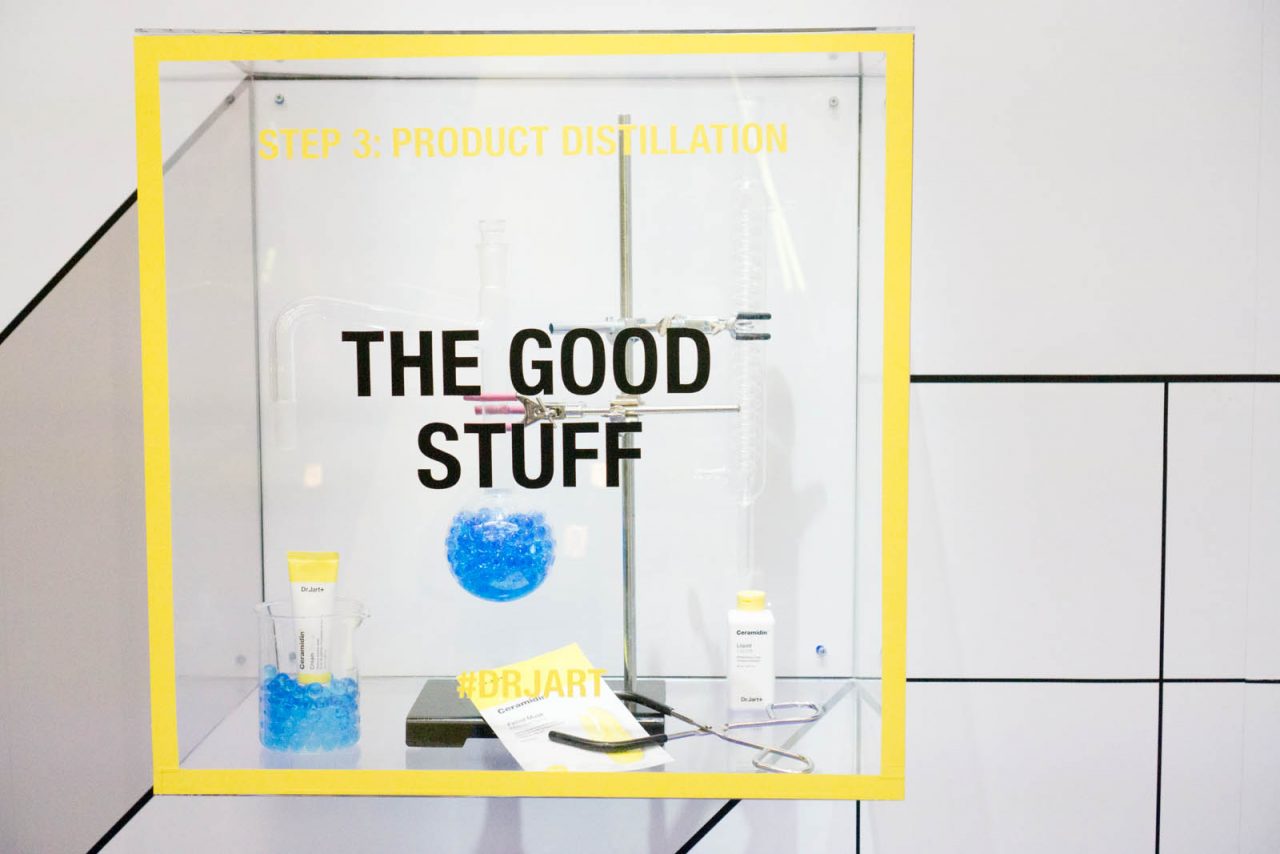 My second favorite was Room 12: Live Boldly Through Beauty (Revlon partnership)
Keeping in mind that most 29Room visitors love to photograph / be photographed, Revlon equipped their space with their lip stains, makeup artists, and featured this chic-cherry themed room of supersized lipsticks and cherries. Honestly, throwing up a ton of confetti at a photoshoot made me feel like a million bucks and was a great getaway from working on the computer.. 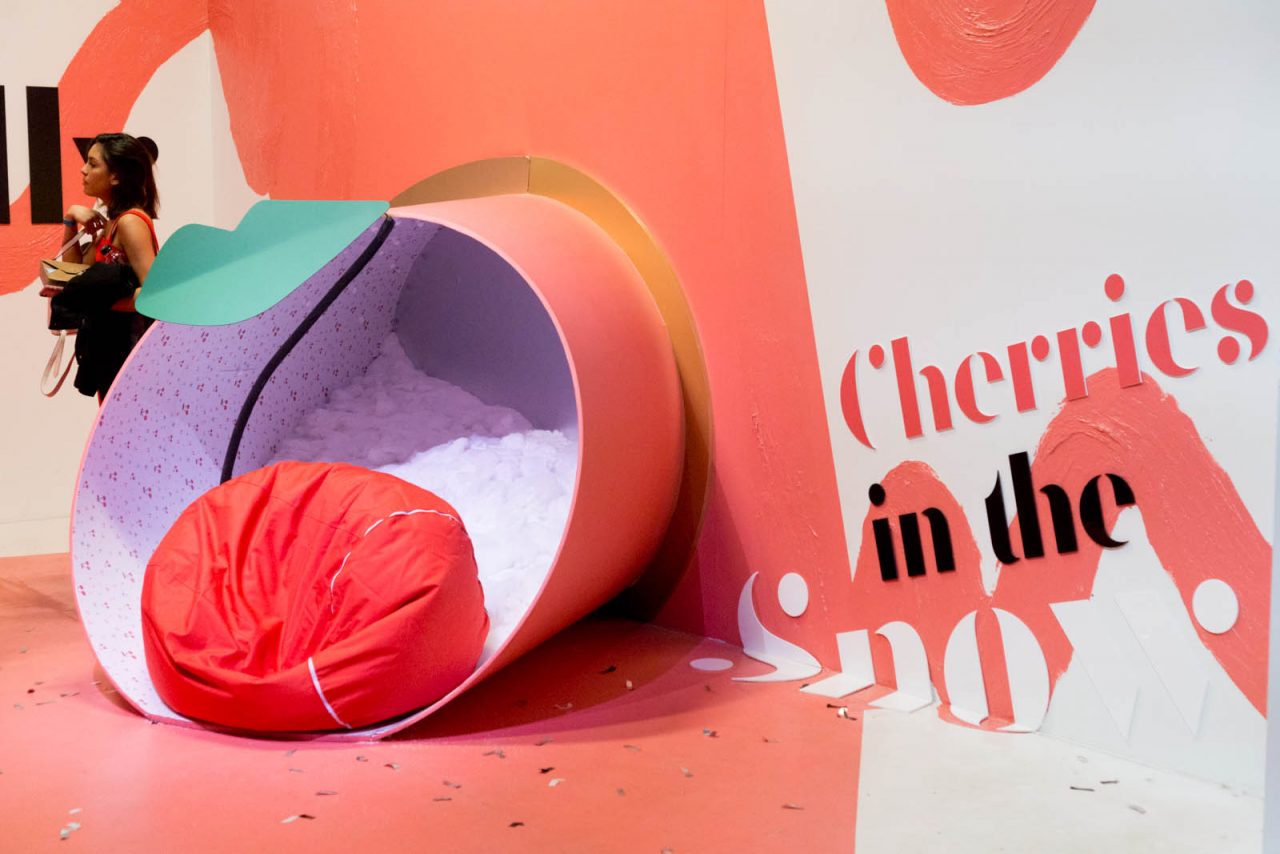 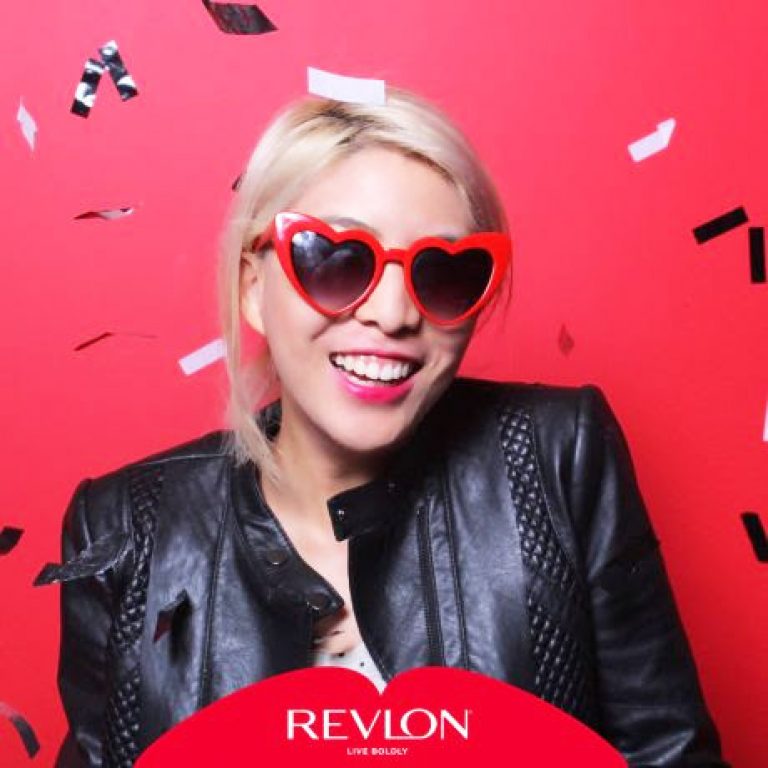 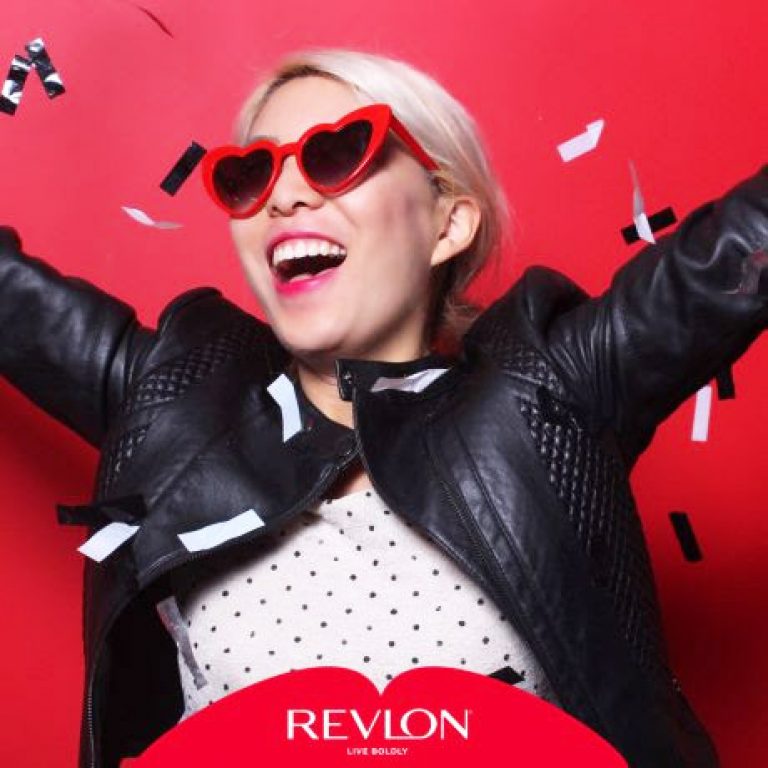 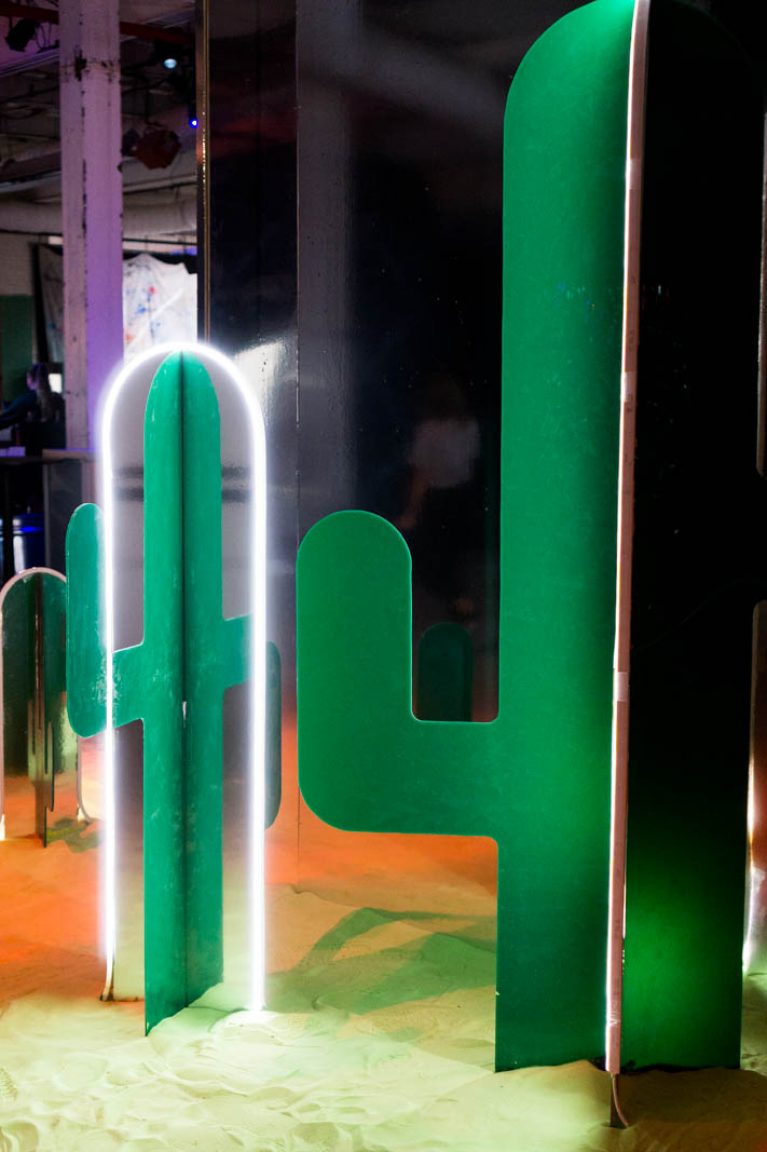 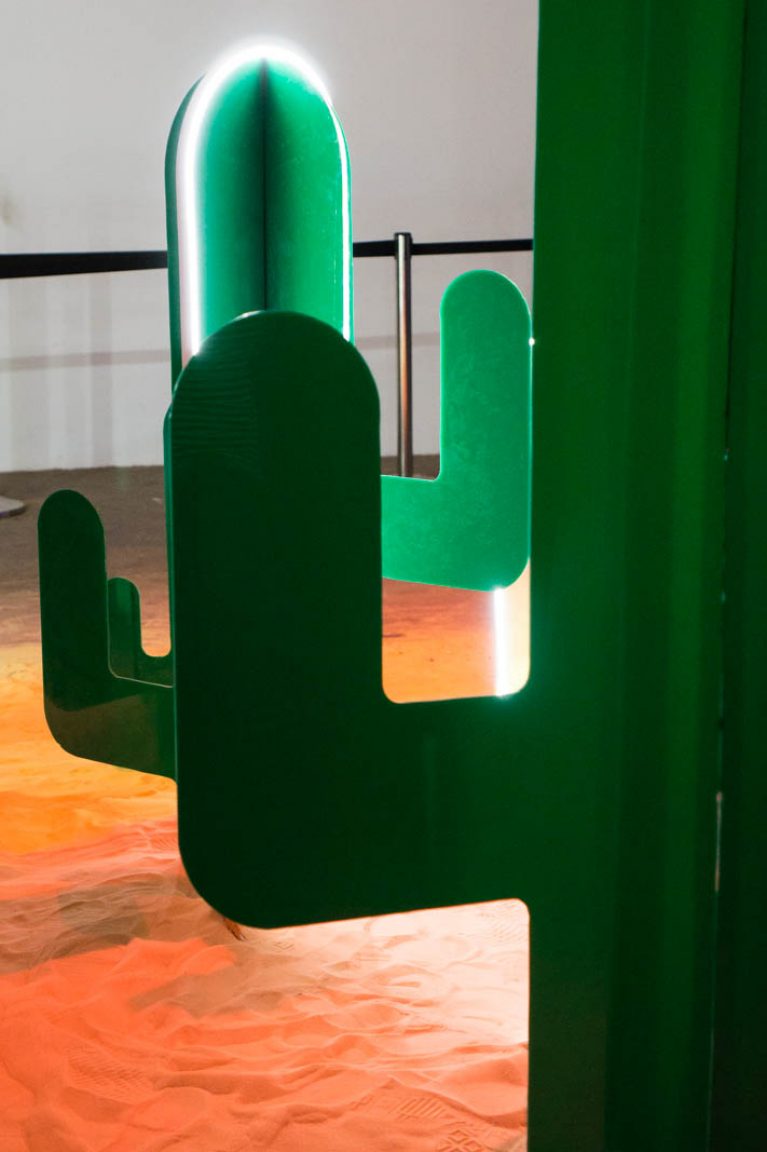 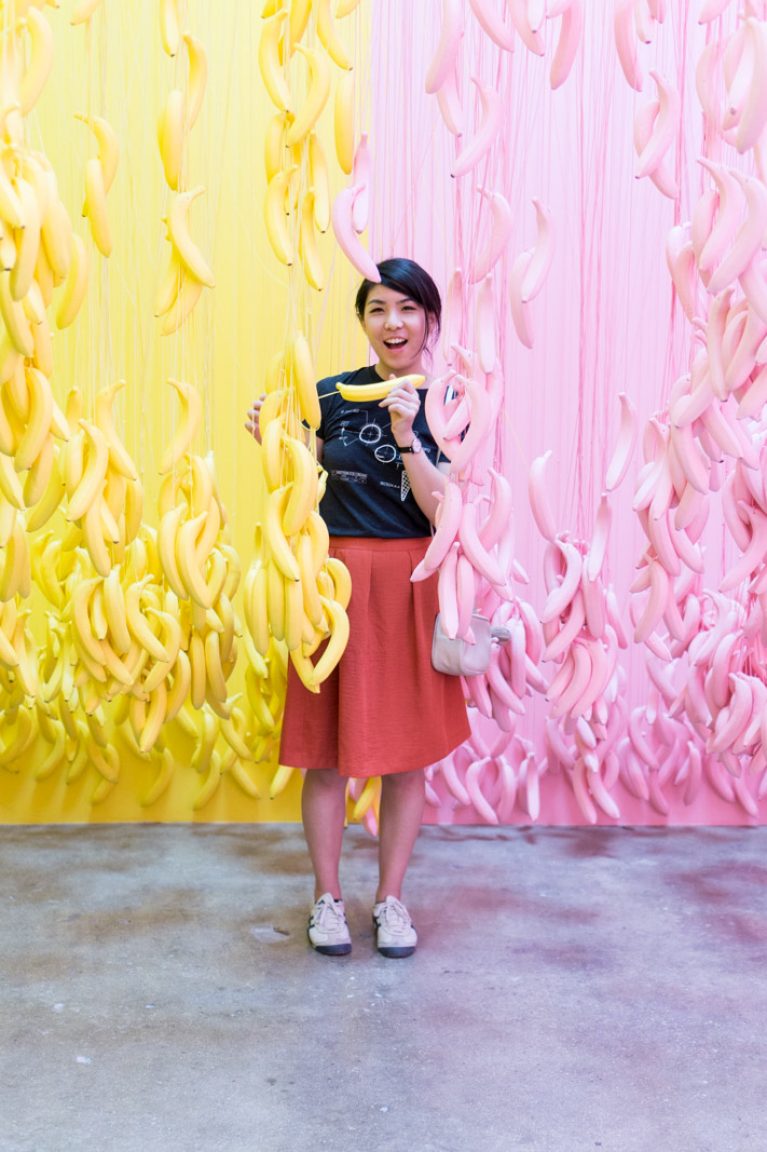