PICK ME UP AT PARIS

While I was in London, I figured I might as well swing by Paris on my own. Since I was jet lagged for the first 2 days in London, I figured I might as well just take the first train ride to Paris. One all nighter for traveling wasn’t uncommon for me, but 2 hours of sleep on 2 days was entirely a new level that I hope none of us has to endure. But because I was too excited and tossed/turned all night (calling friends of different time zones) I bounced off C’s bed and quickly caught the bus for my 6am train ride to Paris + ridiculous security protocols. (Eurostar is the way to go. Shame on America for not having transportation services like that) 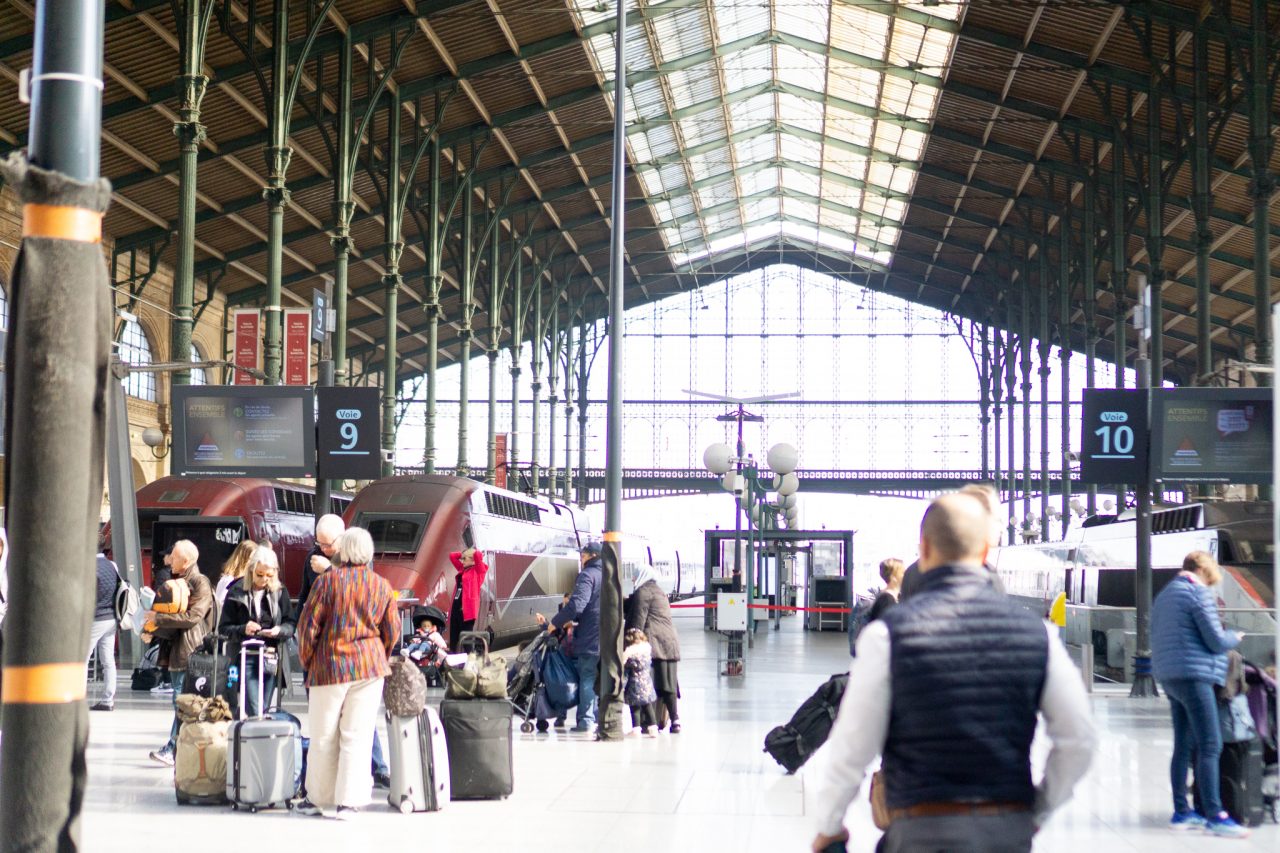 And before I knew it, I arrived Paris within a few hours. My first and last time I visited Paris was back in 2014 and an entirely different experience with my Itoya coworkers (who paid for us to visit everything including the Louvre, Eiffel Tower, and Palais Garnier via Taxi) 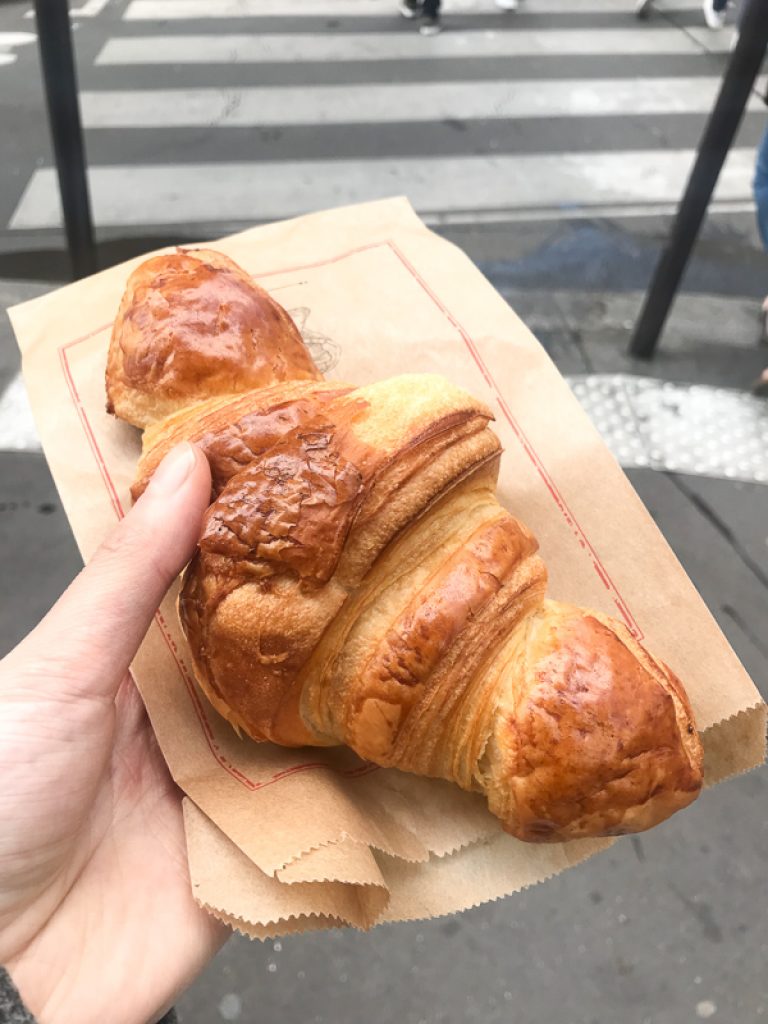 Immediately after arriving Paris (ah, the good ol’ Gare du Nord) + picking up train tickets, my priority was to grab a croissant …obviously, further away from the station/shopping. Something about walking down boulevards with no reception was very liberating. As soon as I found a hole in the wall bakery along my path, I walked in. I didn’t even know how to pay for the croissant (nor ask for it), but began pointing at one and am (optimistically) sure that the French owner didn’t overcharge me. That  flaky, buttery croissant just smiled at me and spoke to me that I was officially in Paris. And that’s how I really woke up to Paris. 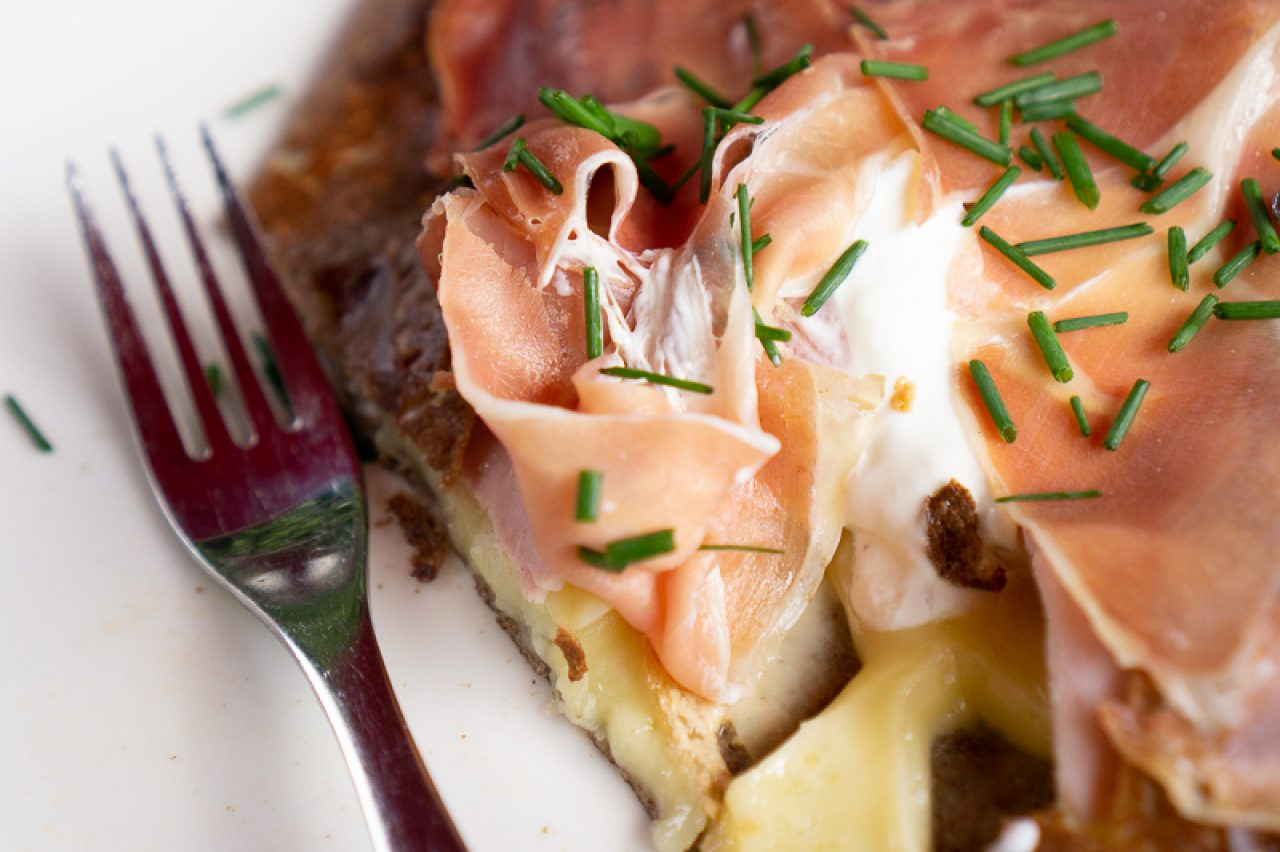 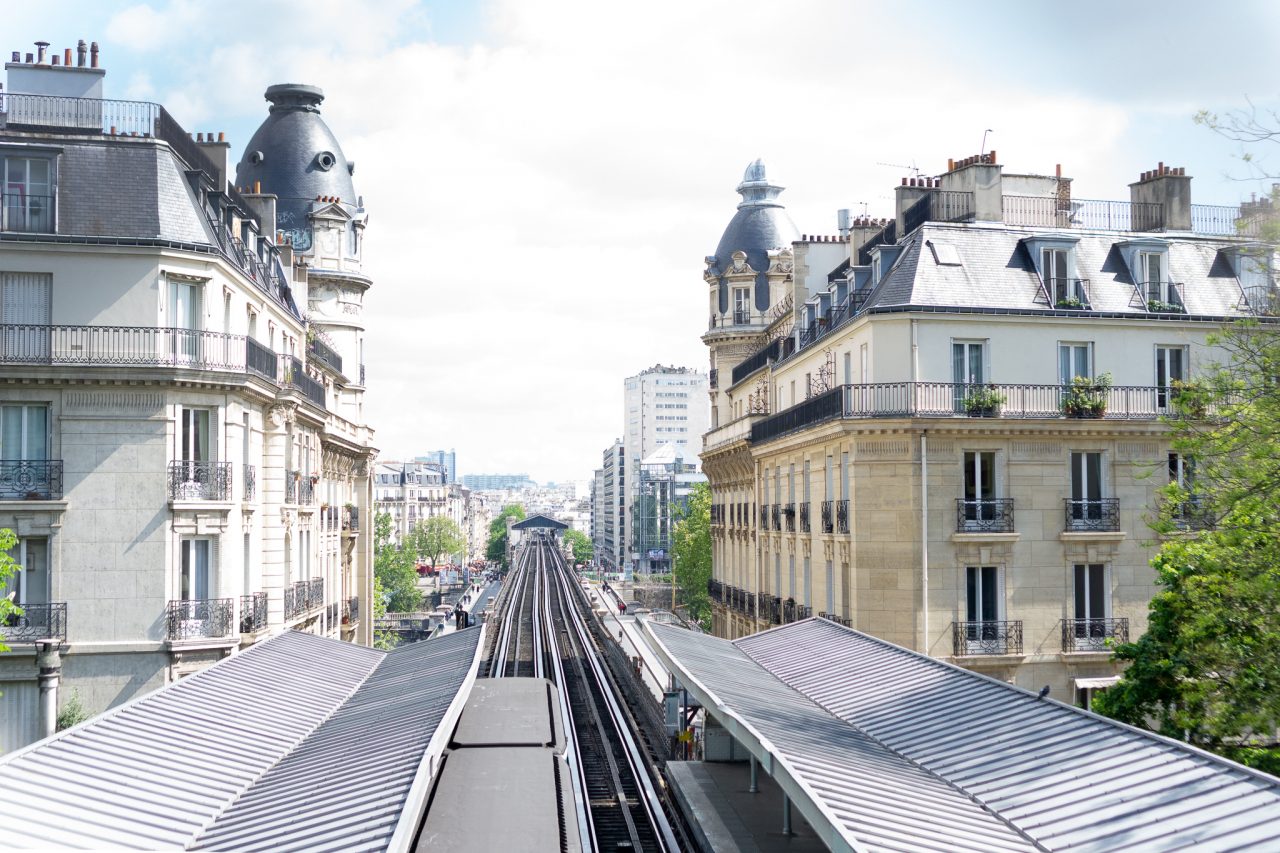 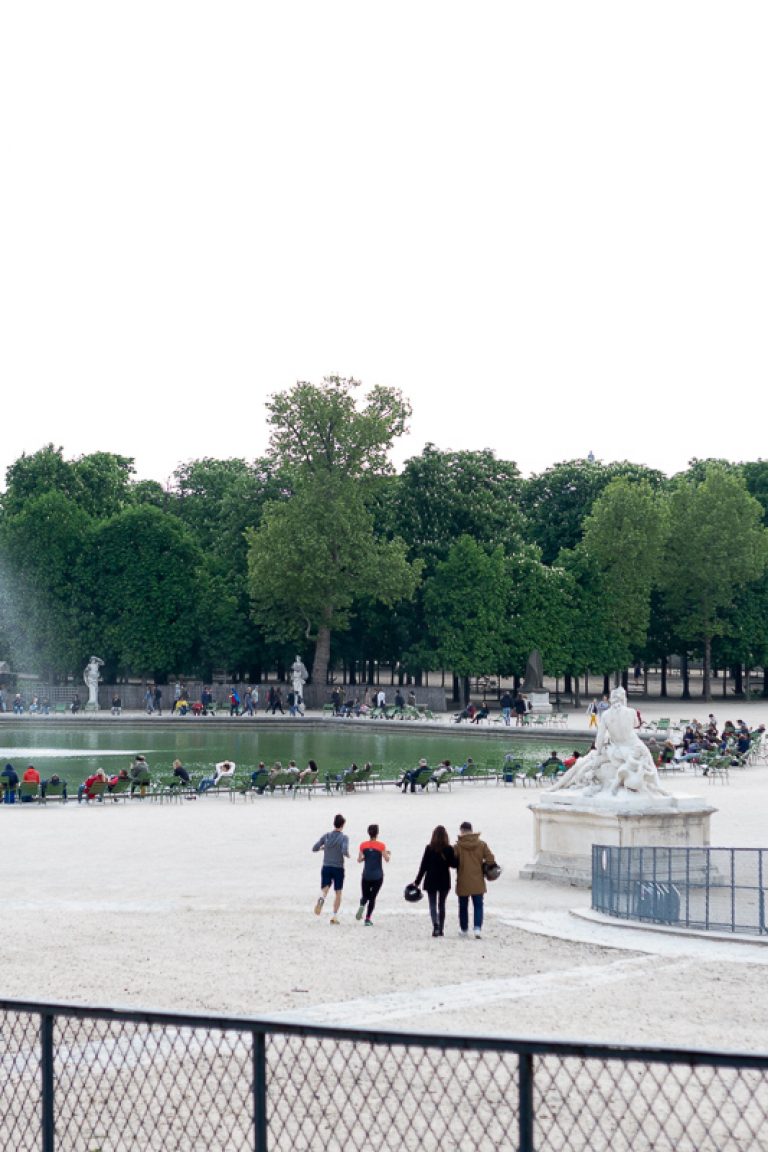 Because I didn’t really plan/RSVP this trip either, I couldn’t visit Musee d’orsay and  Atelier des Lumières (damn you Mondays + Pre-sale tickets) However, I did manage to scavenge my way through various  city zones and got a good glimpse of the streets. Paris’s metro to me is Tokyo’s metro + NYC’s metro; Efficient with automated announcements, but strangely filthy. Somehow, every train I’ve been on is cooler than NYC’s. I’m still traveling to see which can disprove that.

Whenever I was tired or felt defeated, I grabbed more buttery carbs like this huge galette (+ a glass of champagne) to regain energy. 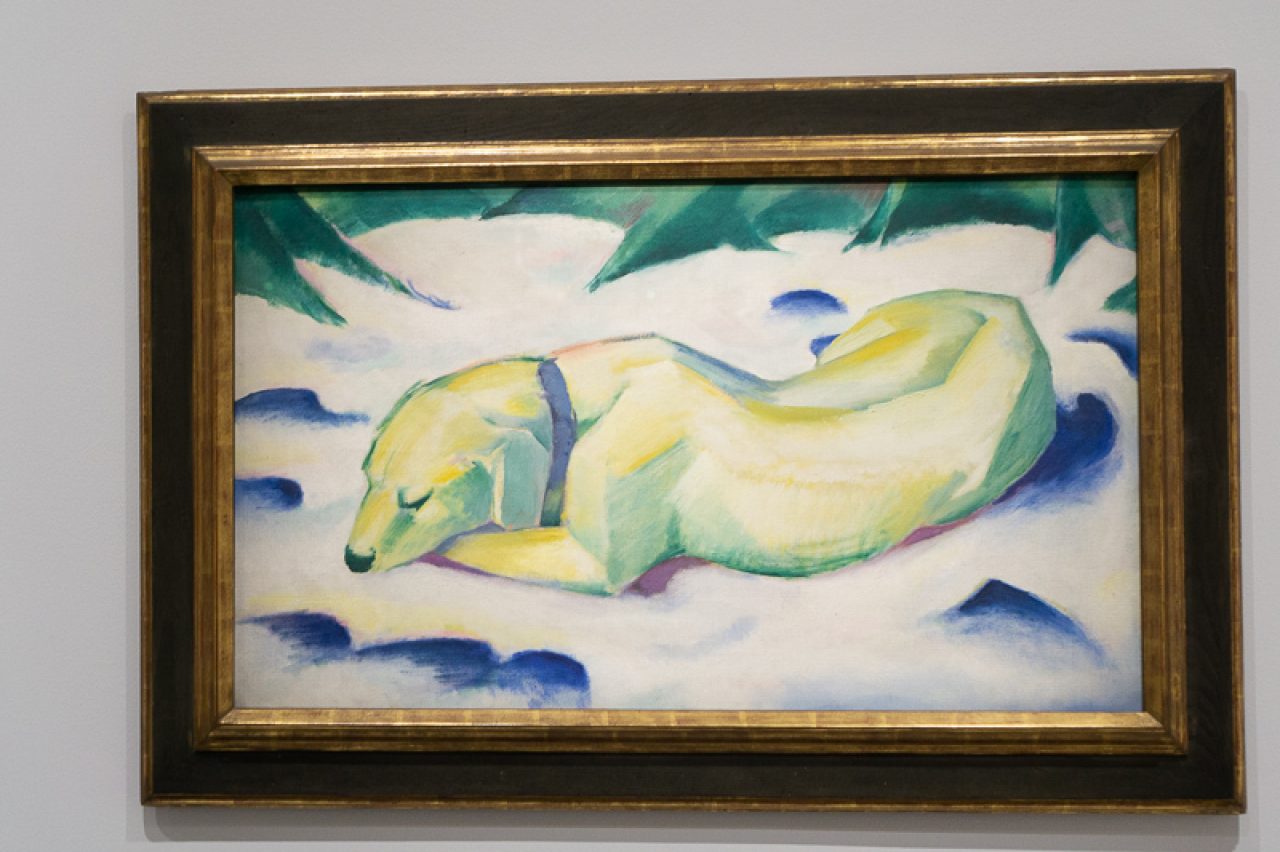 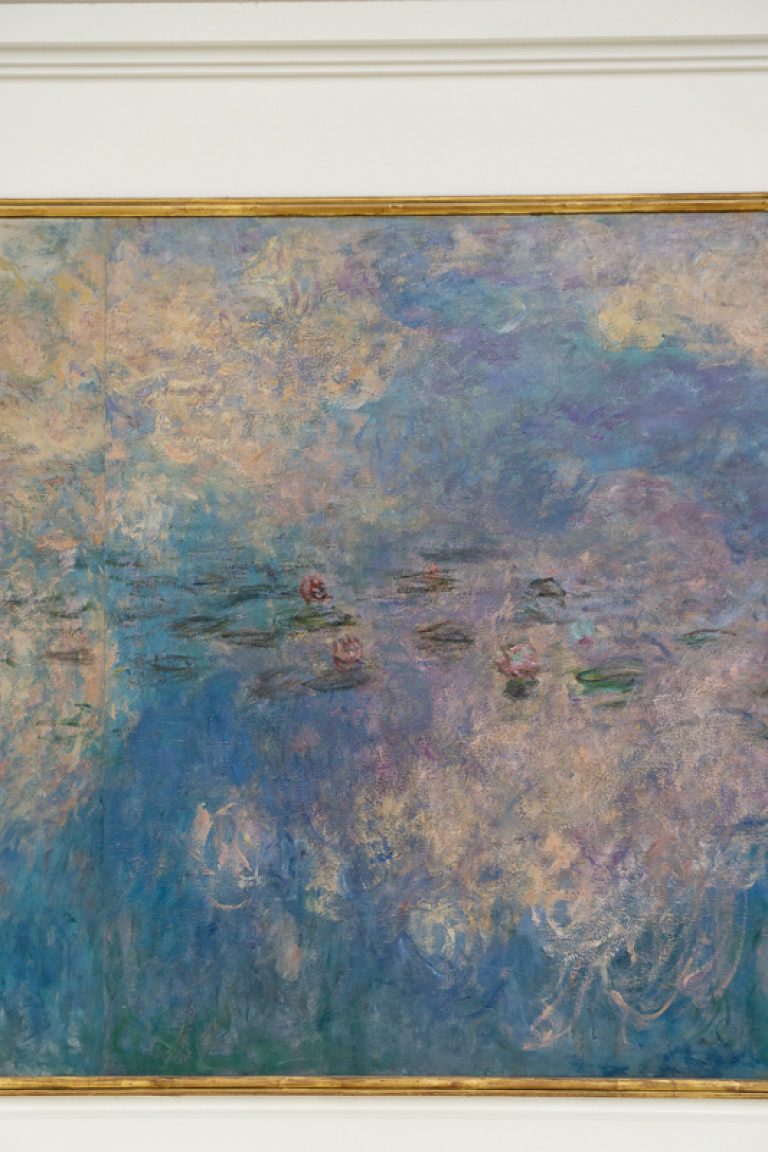 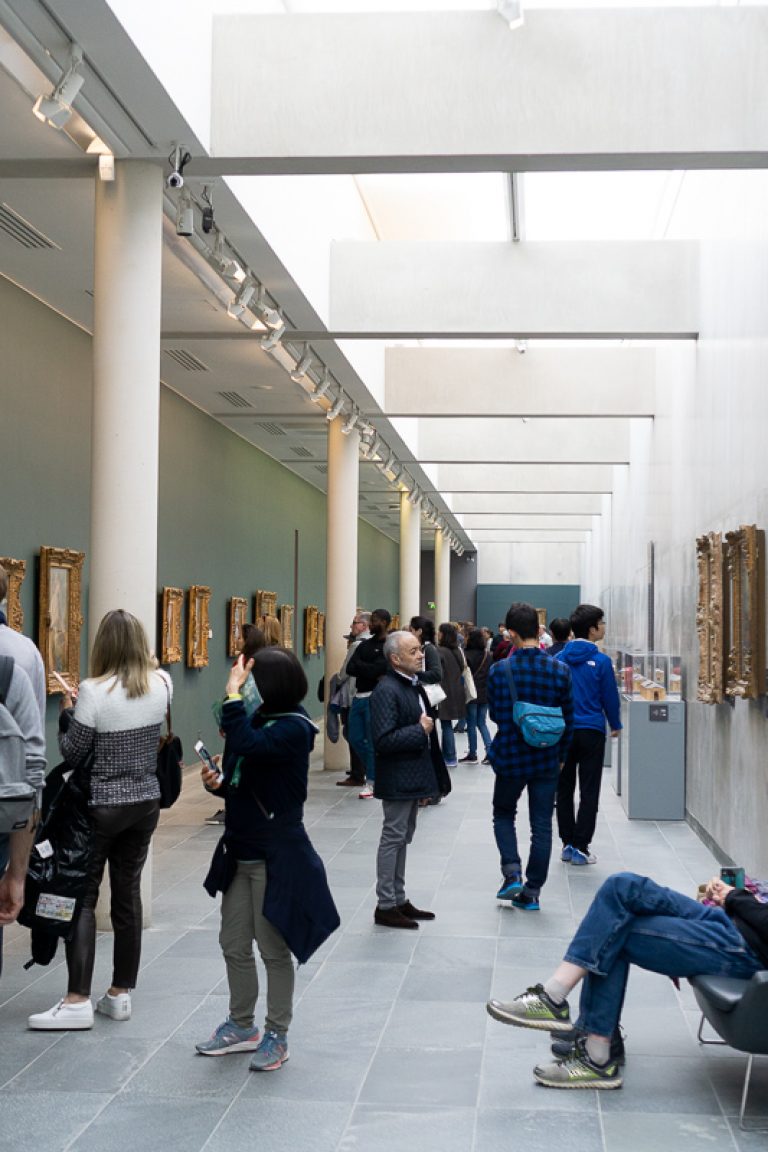 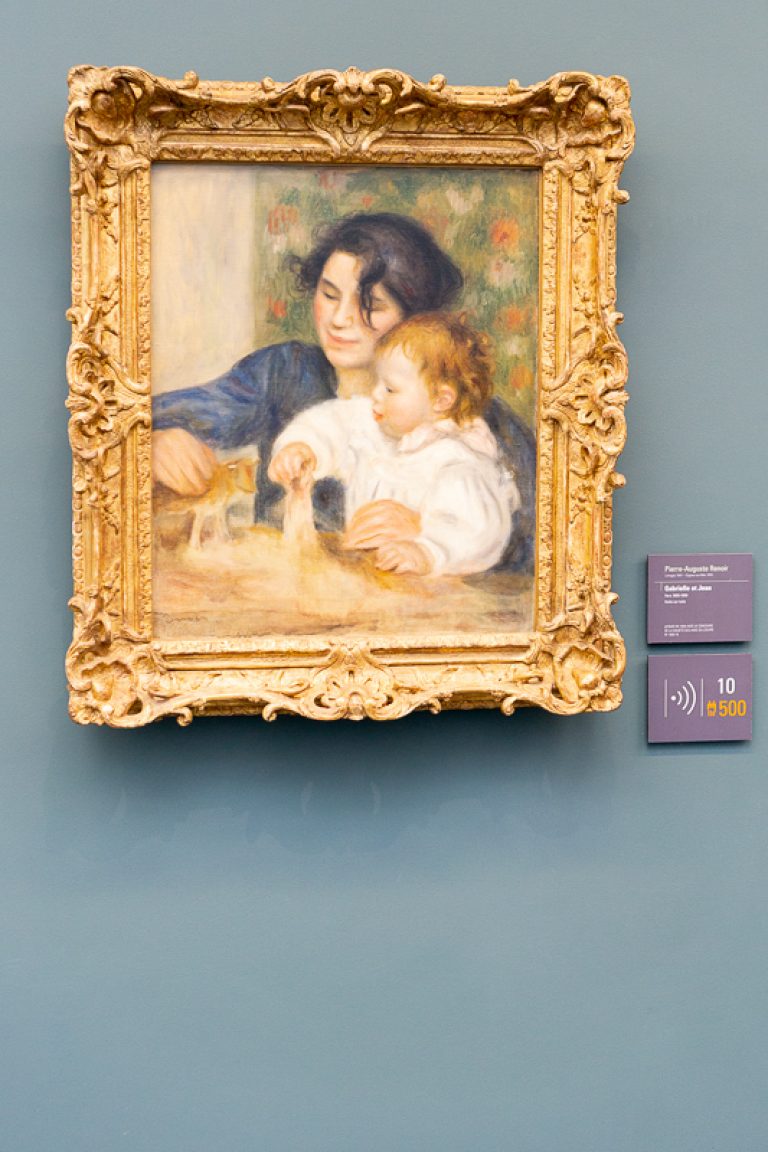 Fortunately, one museum I was able to step into was Musée d’Orsay, with a fantastic collection of Van Gogh’s water lilies. My photograph doesn’t even capture a quarter of how dainty and wonderful it is to be in the space with lilies that large. Something about museums that I realized I’m disturbed by is when people papparazi around an art piece and take too many selfies for me to never get to. Something that I love about museums is re-experiencing brush strokes, particularly Impressionist work. 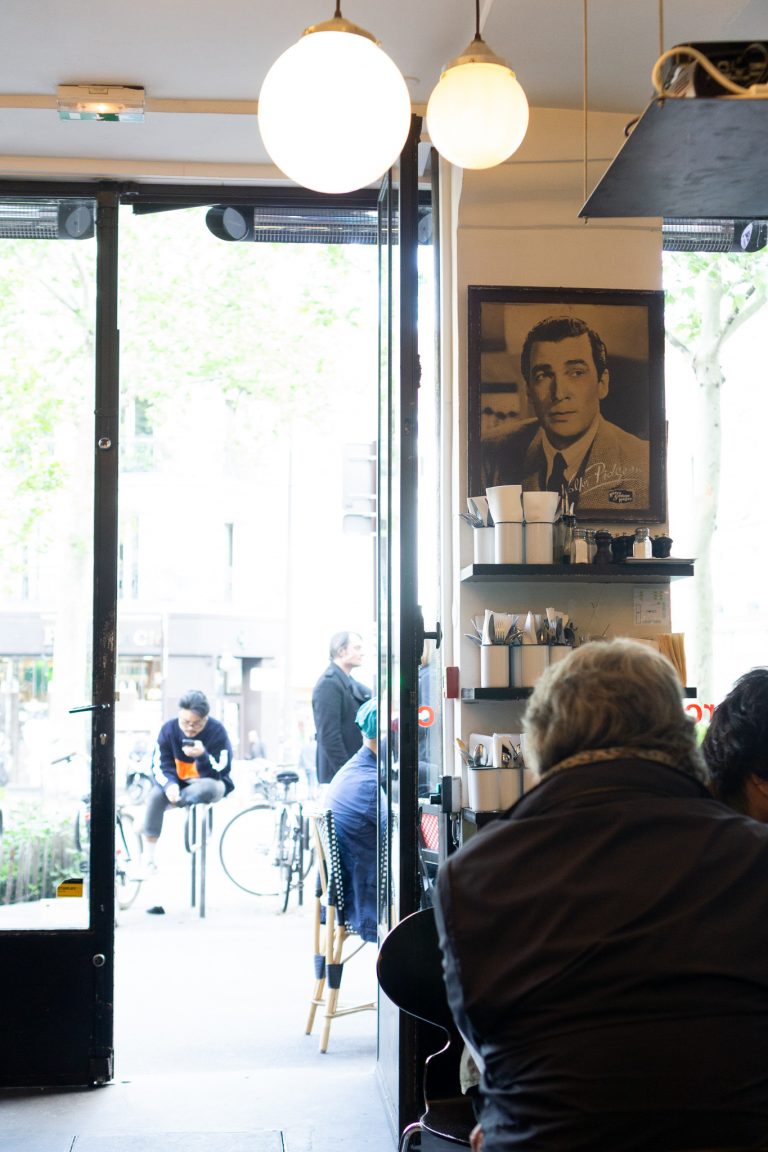 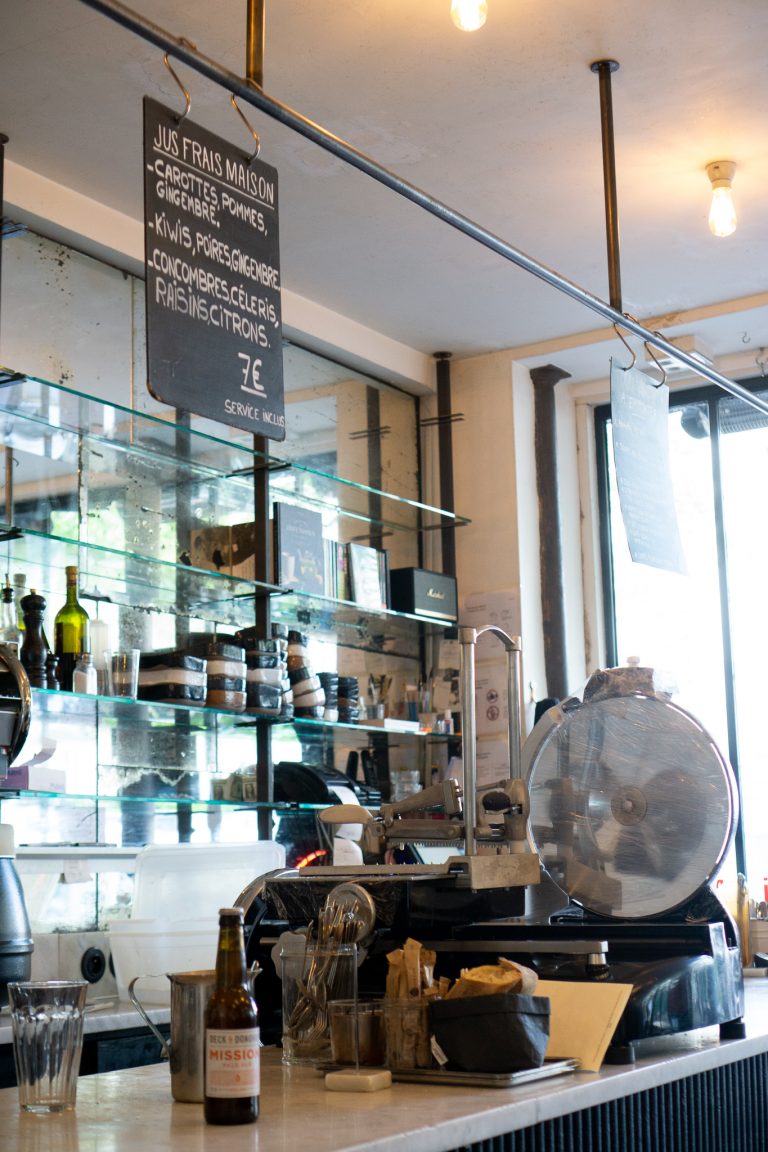 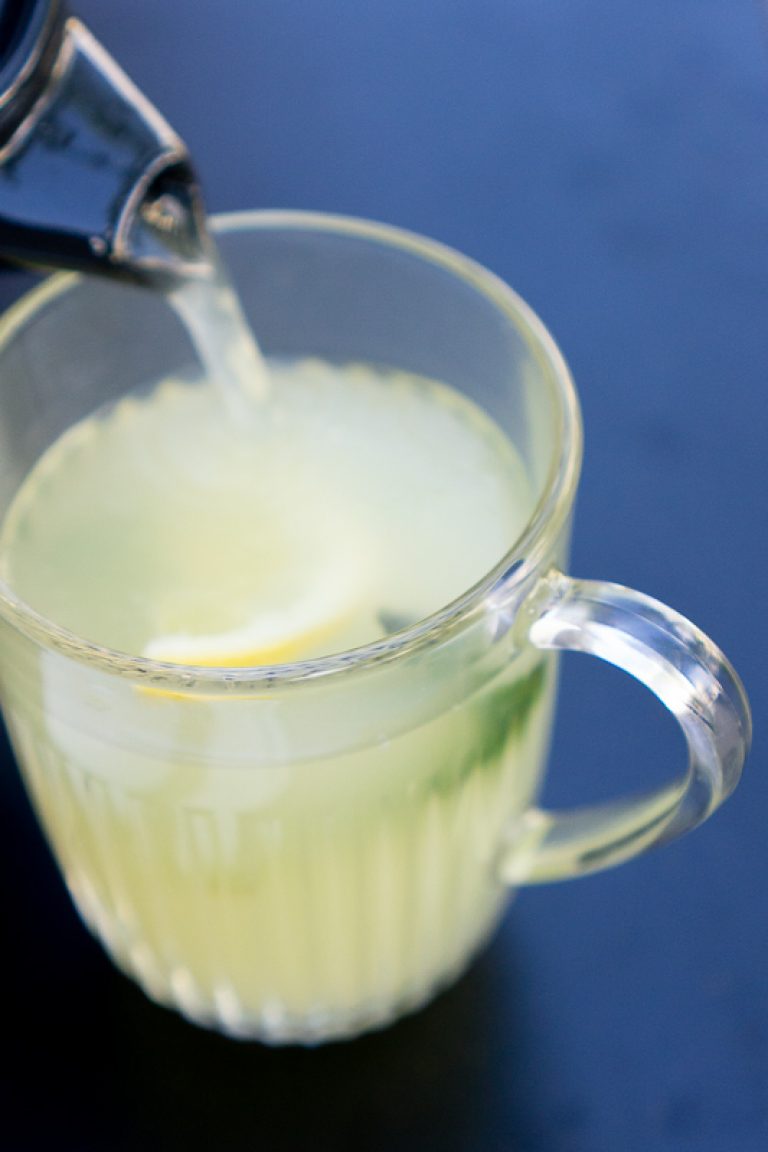 Although I’m not a shopping enthusiast, the only shop C recommended me to check out was Merci (but before, a kickass French waittress at Merci’s cafe gave me that wonderful detox tea that really, kicked my ass) 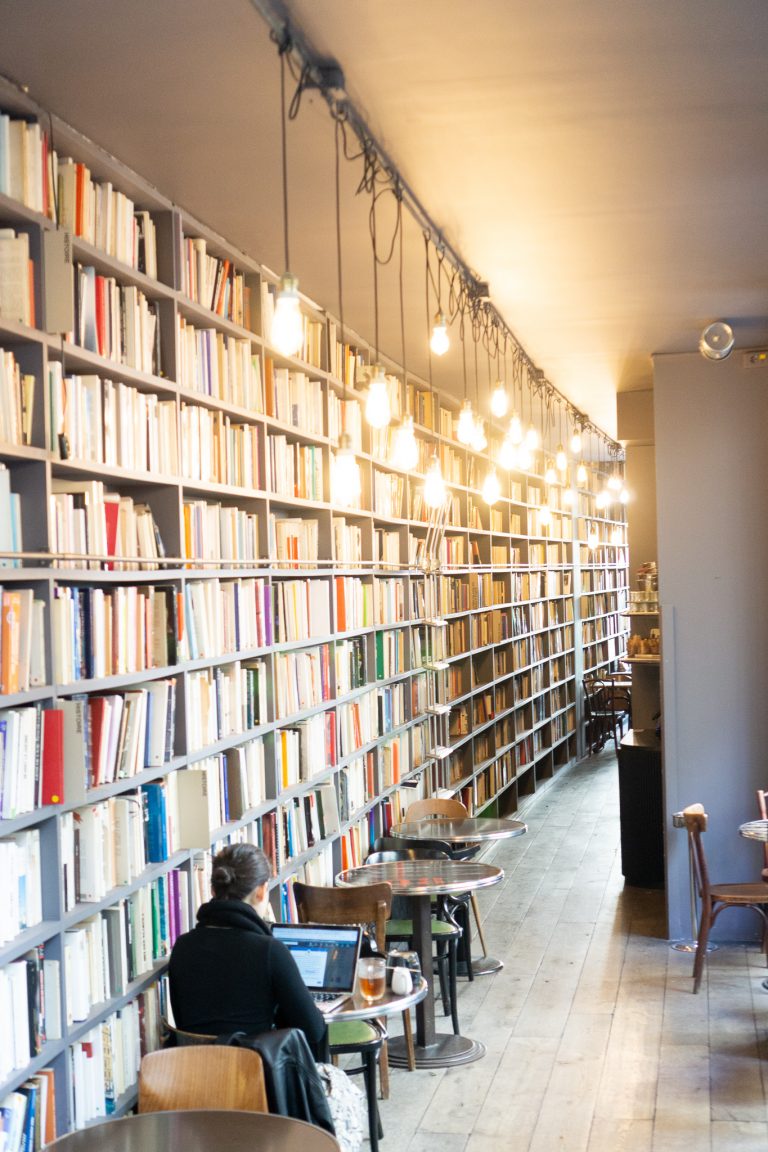 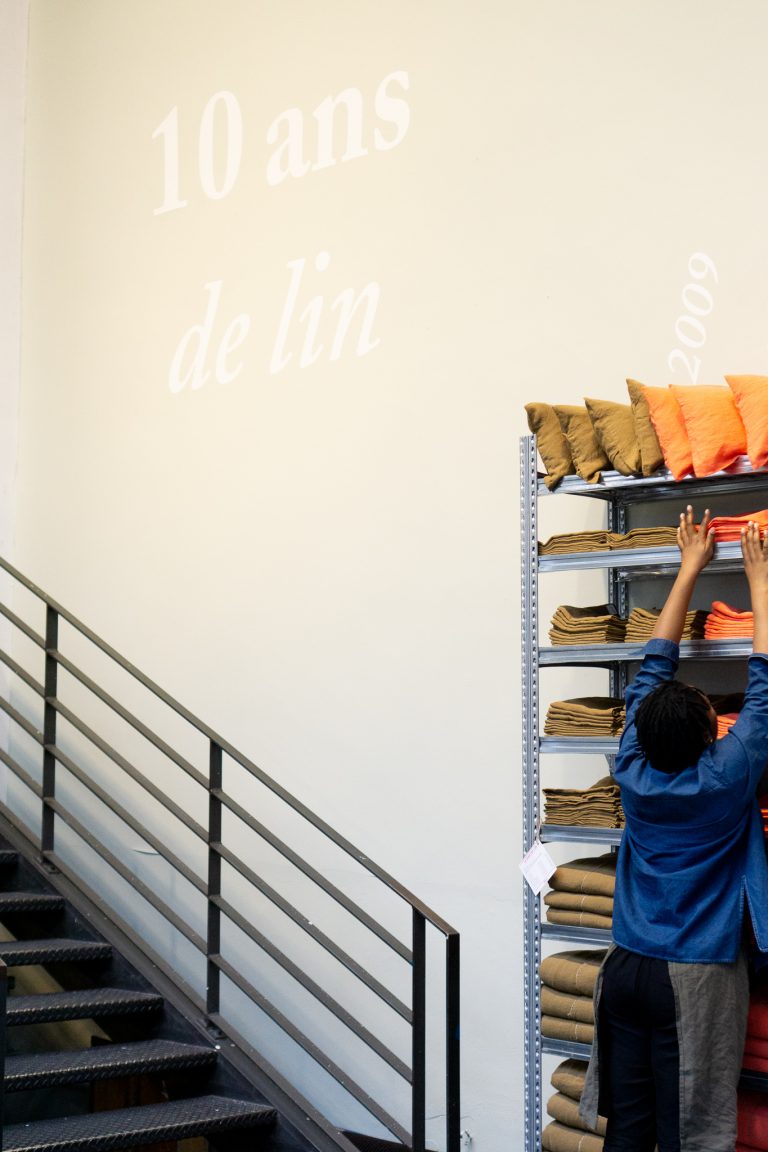 Merci’s store is impressively well curated, quaint, and dangerous with a superb collection of various textiles, accessories, furniture, home decor, stationery, and beauty products (basically, everything I love). If American Apparel + Anthropolgoie + West Elm altogether gave birth, then Merci would be their offspring. Merci tempts me to go all the way back to Paris just to pick up another plate.Although I’m not a shopping enthusiast, the only shop C recommended me to check out was Merci (but before, a kickass French waittress at Merci’s cafe gave me that wonderful detox tea that really, kicked my ass)

While I was a bit concerned about how I’d freely and quickly explore Paris on foot without having to #RentAFrench, be fluent in French, nor carry a fanny pack for my passport, I’m quite proud to say that I did everything I wanted to do…and more.  Something about my solo day trip in Paris made me very proud to be a woman.  (Was it because I’m a designer? Because I didn’t look suspicious? Because I didn’t keep looking down at my phone?) Whatever the reason was, France made me feel fantastic. Paris is certainly comparable to NYC in having filthy streets. But somehow, it’s still so much more romantic and chic. 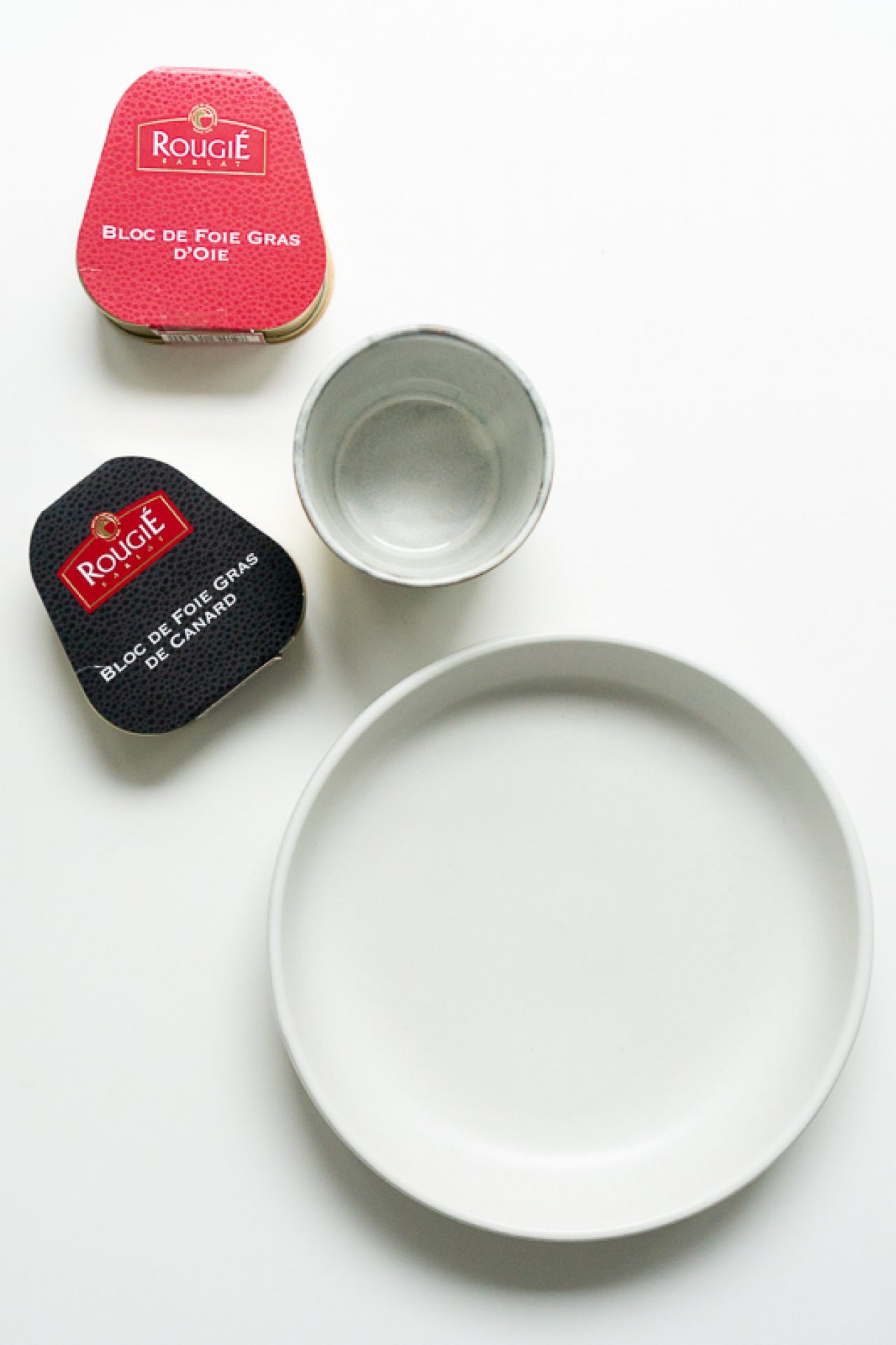 LOST IN LONDON
Previous Article
PREWEDDING IN BALI
Next Article