TAKE ME BACK TO… 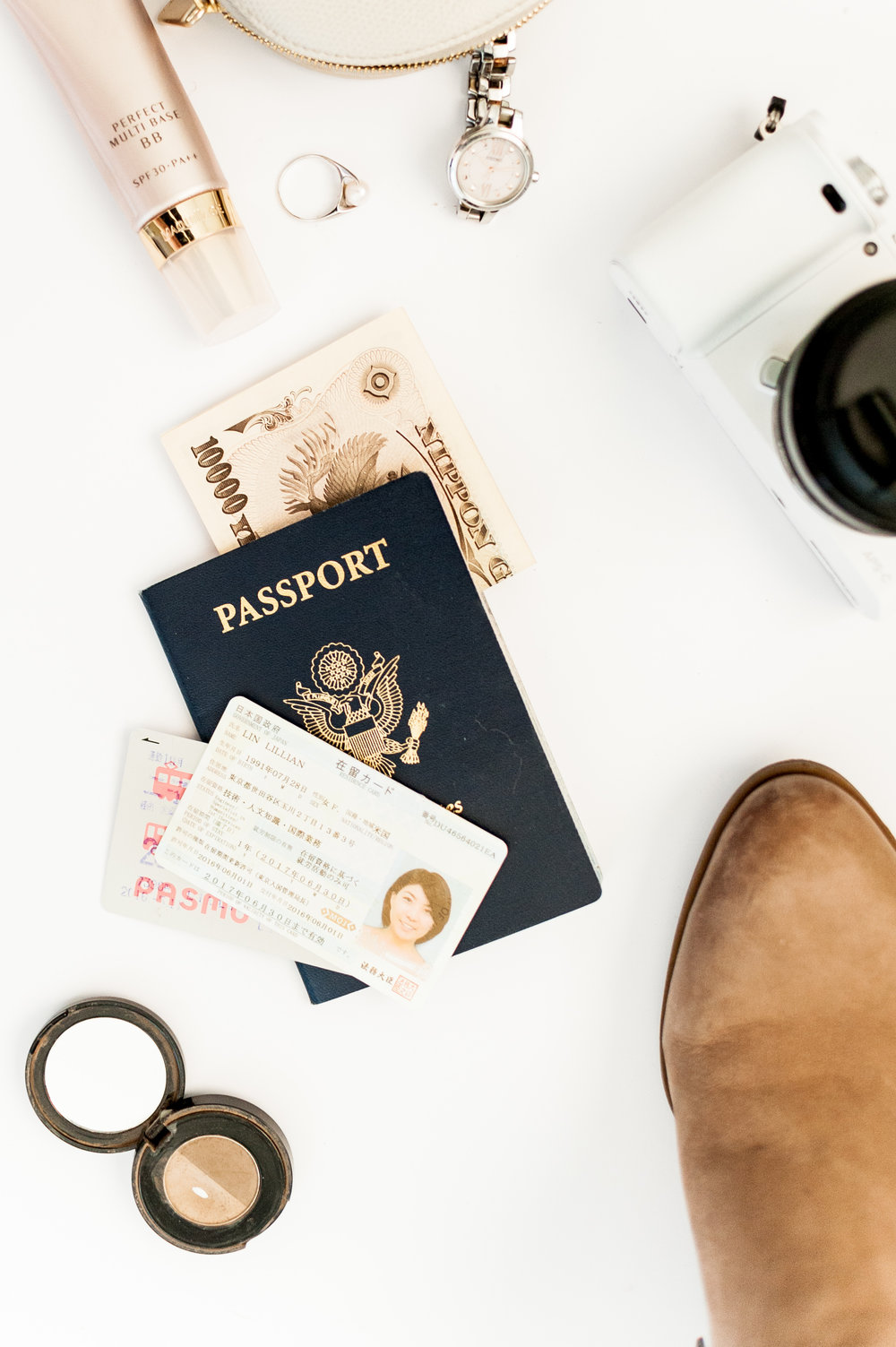 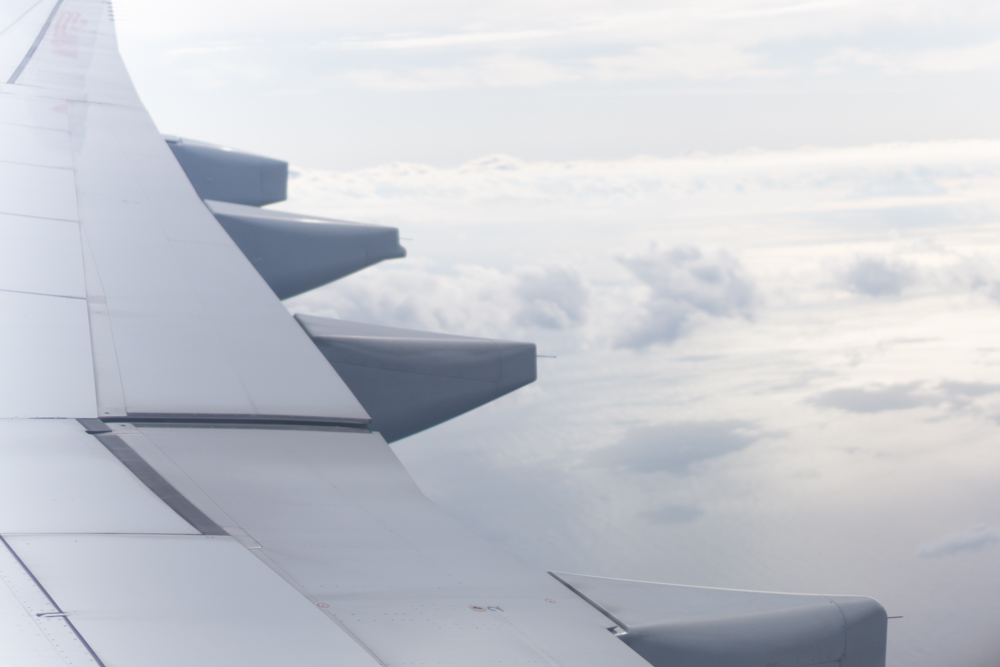 It’s been only 4 months since I moved from Tokyo to LA. But after those most horrifying first few months of my life, I booked my flight to Tokyo to pamper myself and make my transition from home to home a bit smoother. Although I lived 15 years in California (5 of it in Los Angeles) I still feel like half of my heart is in Tokyo. Living and working just over 2 years in Japan made me feel like I’ve lived and learned 20 more years.

I’ve realized all the foreigners and Japanese individuals I’ve worked and befriended with in Tokyo are older, worldly designers, builders, go-getters, do-ers. We all wanted to escape from something and/or find something greater in our lives. The Tokyo lifestyle I became accustomed to kept my mind, hands, and feet busy with designing, photographing, and cooking, but it also made me afraid to rest and sleep – because I became too afraid to miss an incredible moment and opportunity. And by the end of my journey, to leave my incredible friends – my family, all my memories and incredible projects we worked on together behind, to move back to Los Angeles – was the scariest move that I had to do by myself. Some tell me I moved not only back, but backwards in life. And it still hurts.

I specifically want to thank not only the loyal friends who reached out to me for support in this season of uncertainty, but also the friends who accompanied me as I re-visited Japan. My head spun with excitement, nervousness, and anxiety as I organized, but my architecture colleagues who flew in from all cities throughout the states and accompanied me reminded me to truly let it all go and enjoy this trip. Surely, it is quite exhausting to lead a group of 5 guys through their first time in Japan, yet we were able to organize appropriate roles for each of us to contribute our skill sets to the trip.

The experience of going through Japan is extremely different as a visitor versus a full-time working designer and resident. The grass is typically greener on the other side (of the world) But I think when all things come crashing down on you, it’s appropraite to be selfish in pampering yourself- escape from all daily life duties, regain your wholesomeness, and go out as far as possible. Lately, I’ve also been interested in creating my own job between the United states and Japan because I am certain that both cultures can contribute and benefit to one another in regards to design, art, social issues, and cuisine. I’m not a fluent translator, nor am I an expert architect/chef/politician, but I have a huge heart for serving both countries and I believe the powers of kickass food and kickass design can improve lives. Japan clearly excels in the culinary and art;  Japan consists2x more architects than in the states, and consists of the most Michelin restaurants in the world. Simply growing up in the states as an American woman has taught me to speak up, work collaboratively, and fight the fuck on and for others for my rights, our rights. And I believe this can resolve Japan’s social issues on depression, overworking hours, gender inequality, and high suicidal rates.

This 10 day trip through Japan has helped me step closer to creating this job by re-uniting with some of the most talented designers and chefs in the world. And I want to translate the best of both worlds to everyone. This trip also wouldn’t have been as great if it weren’t for the handful of designers and chefs throughout Japan that reached out to us with such hospitality. The crew that accompanied me were my 5 architecture colleagues: Benny W. and Marcos C. from LA,  Andrew L. from SF, Jordan R. from Seattle, and Spencer M. from CLV. Our itinerary covered 4 major cities: 1) Tokyo, 2) Kyoto, 3) Kanazawa (my solo trip), and 4) Naoshima. 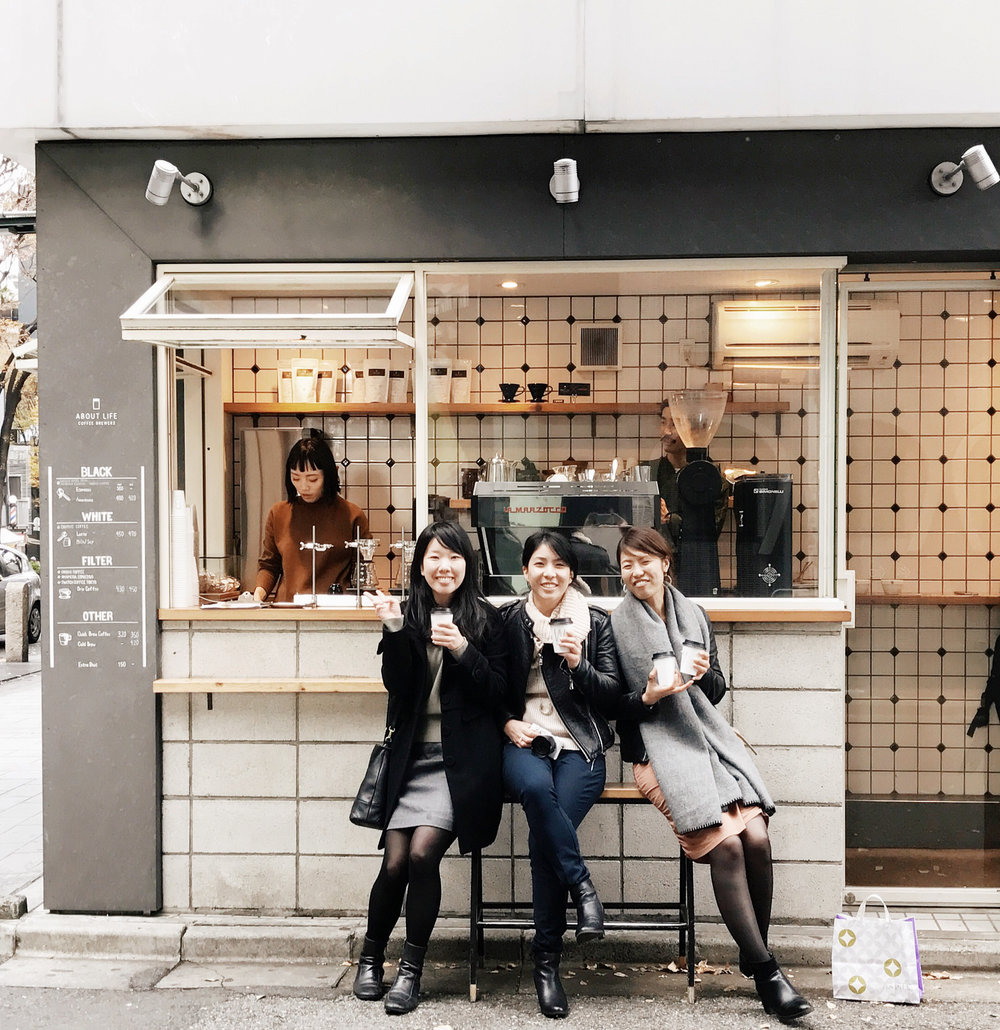 I first visited Tokyo, my hometown and neighbors in Nikotama, sped through my favorite streets and buildings through Shibuya, and caught up with a few Itoya coworkers, Satsuki-san and Miyasaka-san in Omotesando and Ginza. Then just before catching a shinkansen/bullet train to Kyoto, I visited my previous firm JMA, for lunch and with my interior design team, visited a multi-purpose office project that I also worked on in Kanda. Fortunately, it was just one stop away from Tokyo station so after checking out the progress and patterning of M3, I was able to quickly re-unite with the rest of my crew and head out to Kyoto. 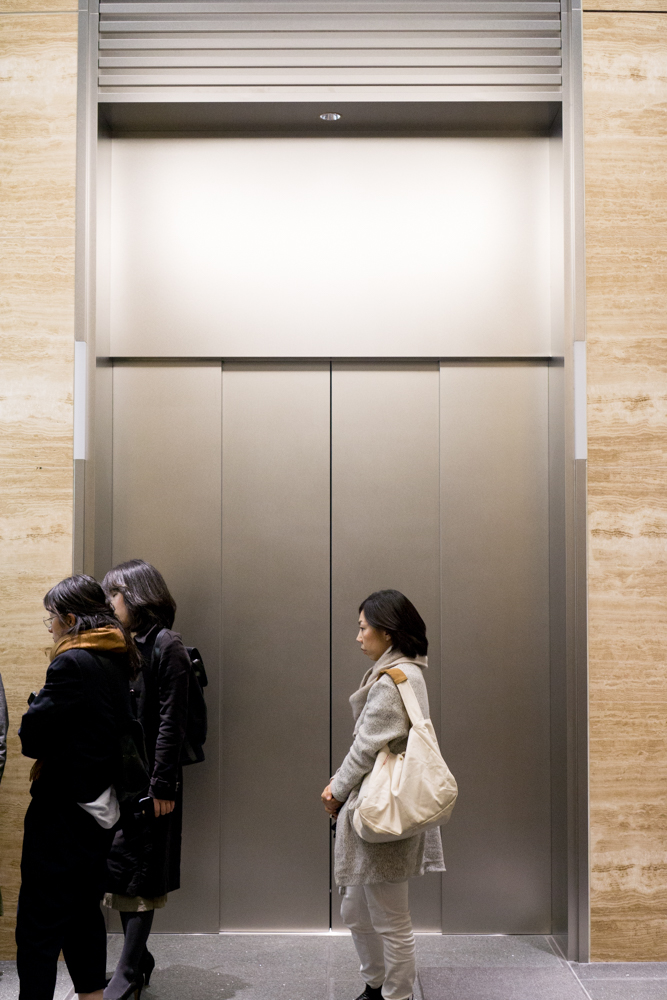 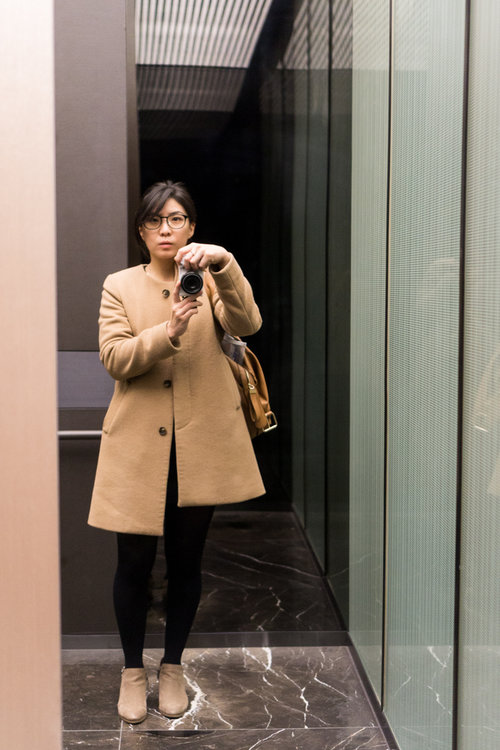 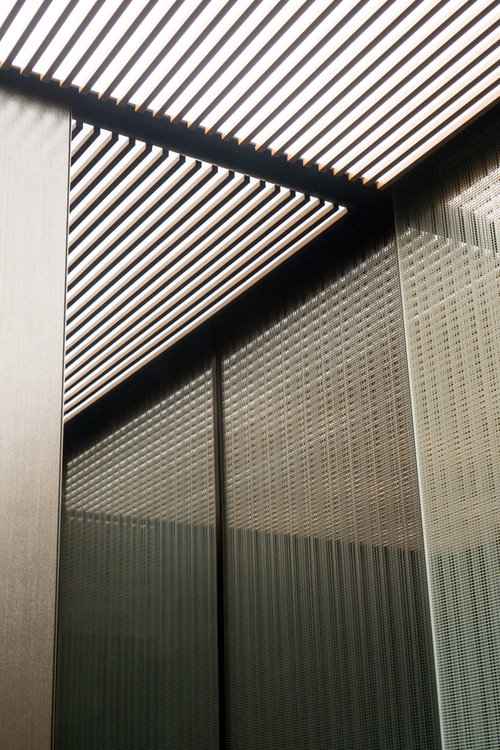 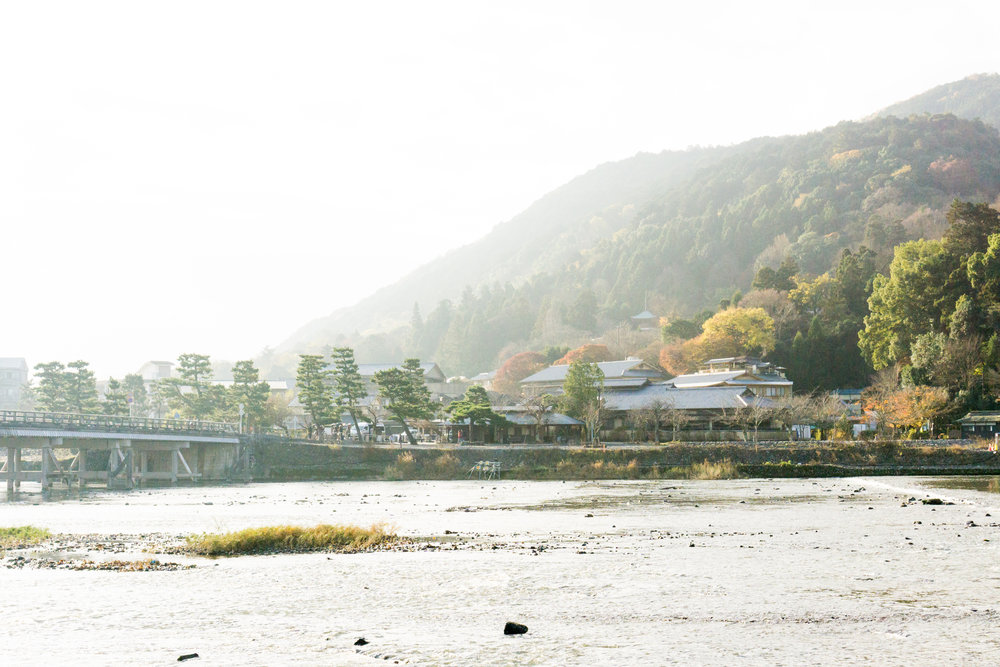 I first met Irven Ni, Cordon Bleu Paris alumni, in Tokyo at a Nikken Sekkei/Kuma house party during my first year in Japan. He’s this British humored/shit talker, yet smooth gentleman who I was astounded by because he would cook up anything delicious and new in the kitchen instantly for me. He inspires many including me with his courageous background story: He quit his actuary job years ago, traveled around the world for a year, and courageously took the leap to become a chef 3 years ago. After he studied French cuisine in Le Cordon Bleu for a year, he moved to Tokyo to further develop his French cuisine, and eventually farewelled me goodbye on my last evening in Tokyo. While I moved to Los Angeles in July, he moved to Kyoto to work as a chef in 3-star rated Michelin restaurant, Kikunoi. After I told Irven that I was visiting Japan this November, Irven invited me and my friends for a stunning kaiseki lunch. We were welcomed by the restaurant owner’s daughter, and gestured into a gorgeous 9-tatami sized private room with a Japanese garden and pond that Irven specially selected for us. Notes from the restaurant and chef’s statements: “Kaiseki means a traditional multi-course Japanese meal. Yet originally, kai means bosom and seki means stone… and over the years, the word came to mean light meals to ward off the pangs of an empty stomach.” Our menu for the month of Shimotsuki (November) consisted of: anglerfish liver, mibuna, karasumi, kuwai chips, duck liver pate with white poppy seeds, maple leaf shaped cuttlefish coated with pickled sea urchin, tai sashimi, bluefin tuna, vinegared chrsanthemum petals, curled udo stalks and carrots, red tilefish steamed with chestnuts, lotus root salad, quail dumplings boiled in a hot pot, mochi and rice steamed in sake, topped with salmon roe, fermented black bean paste skewered on pine needles, and persimmon splashed with brandy.

It was truly a sensational, heartwarming gift to enjoy this kaiseki lunch with hot sake made by my friend and his team, in a private, carefully arranged and decored room, especially while cold rain started pouring outside. At the end of this evening, Irven and his friends treated me to drinks at Fishbowl in Kyoto, while he introduced me to other international Michelin chefs and taught me how he poured sake into my rice halfway done before it finished to make it melt in my mouth. 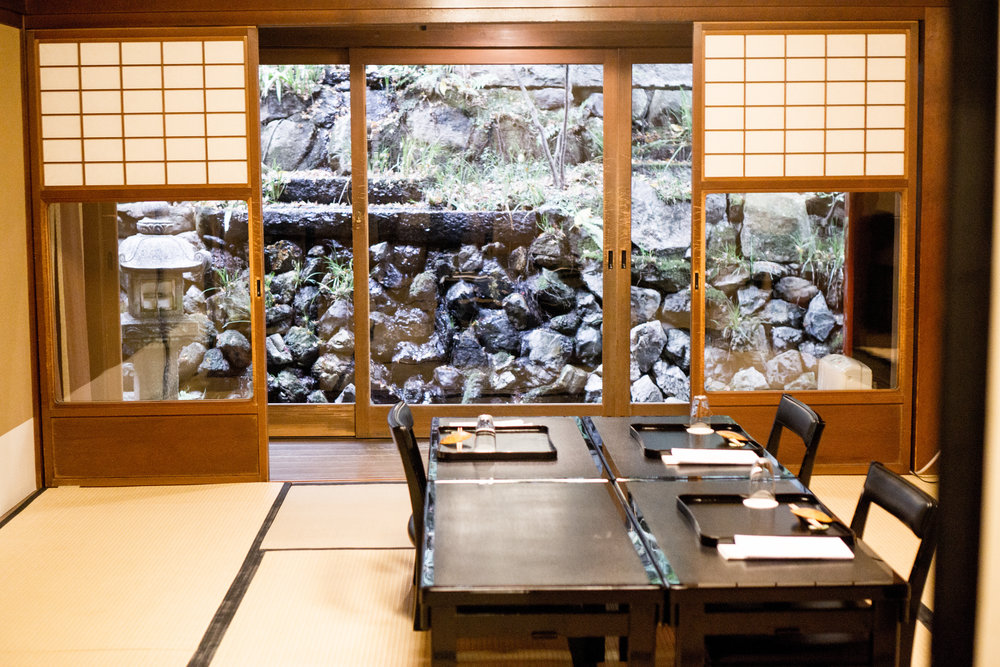 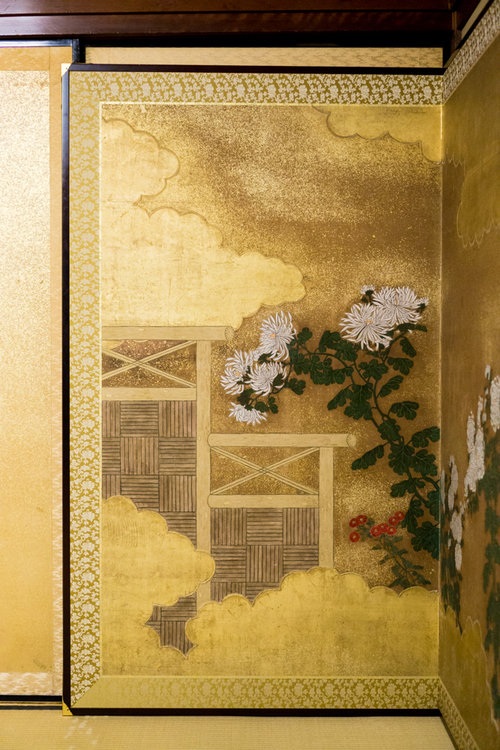 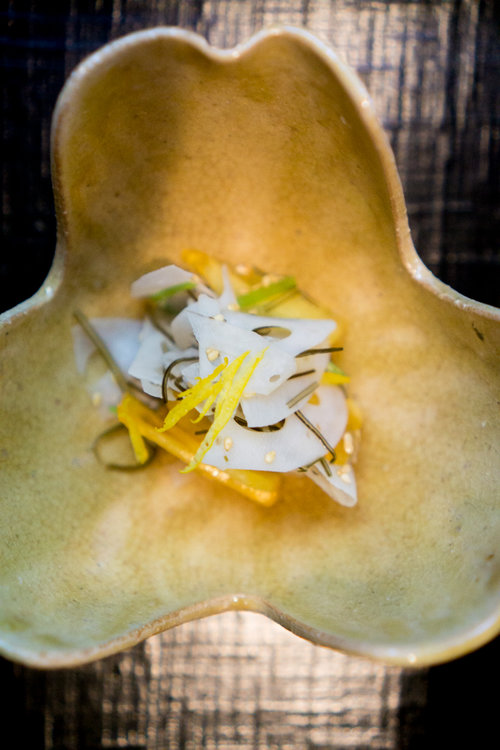 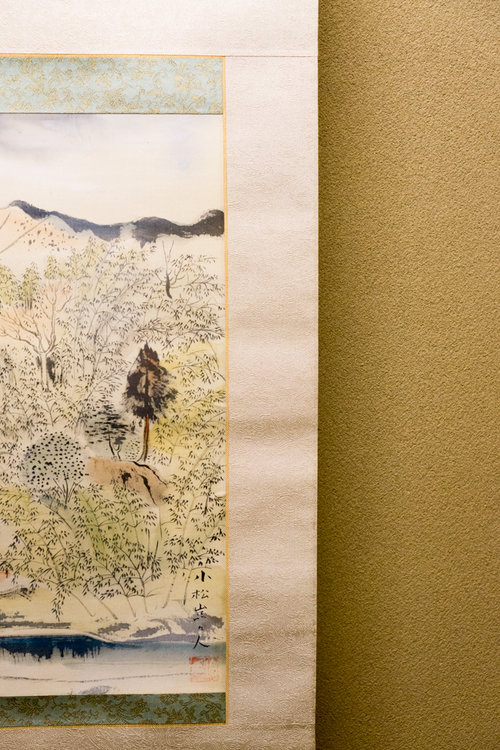 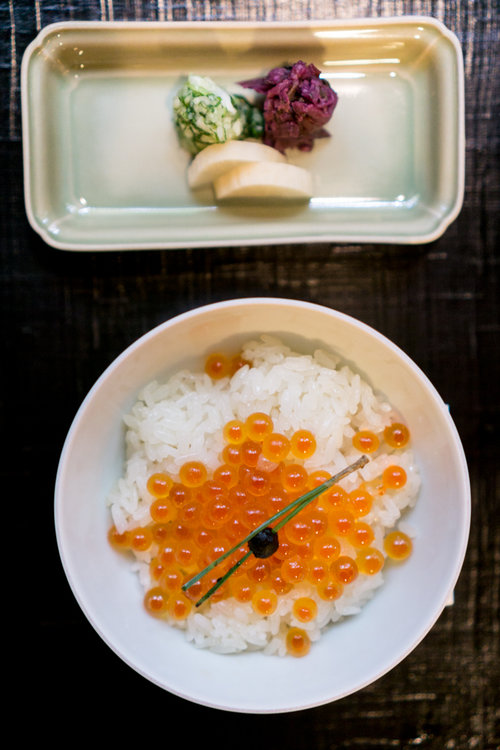 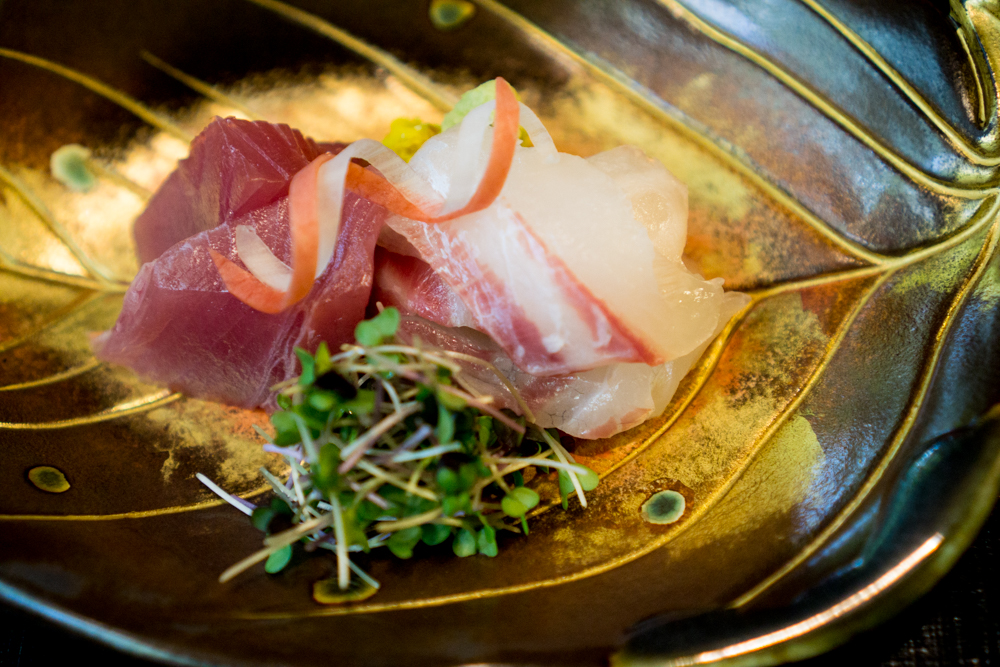 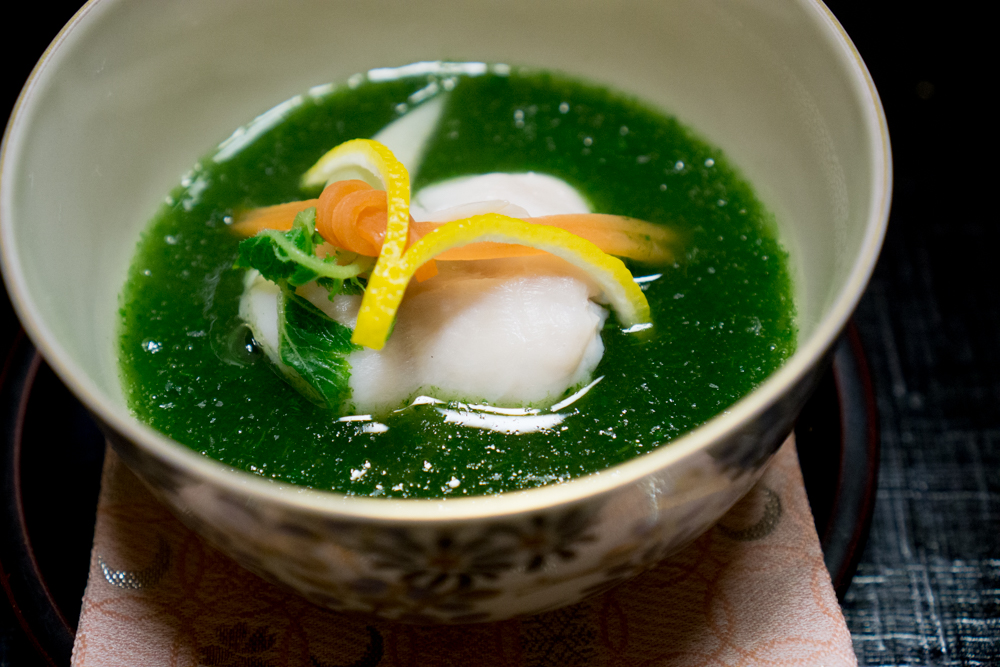 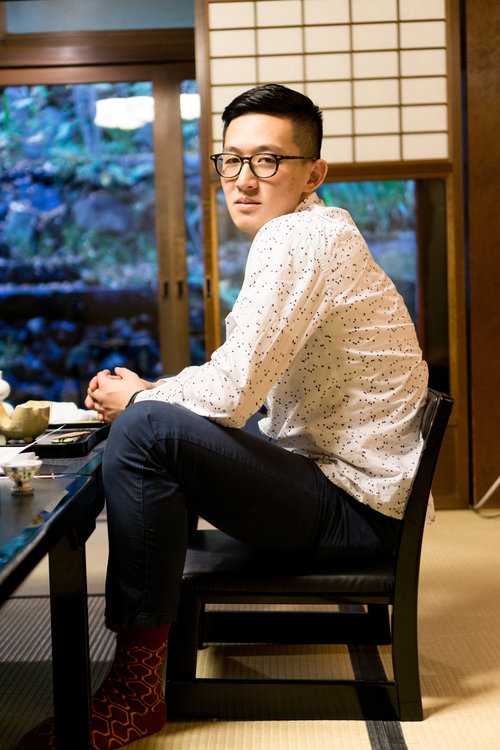 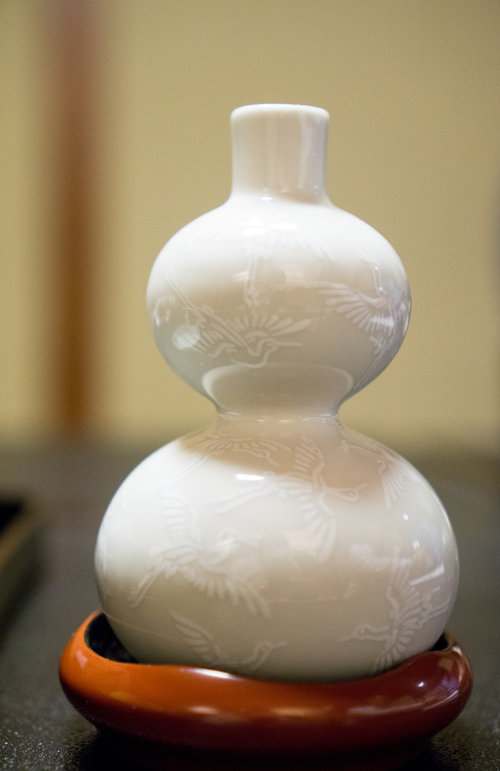 I couldn’t help but break the silence and laugh at the scale comparison of Andrew and the chairs they gave us. I’m relieved that Andrew didn’t complain about the pain of his legs/back, and it’s probably because every mouthful of the 3 hour meal, gulping sounds of endless refills of hot sake, and ambience were that damn divine.

And me being me, restless and anxious to catch some espresso (and photography) shots at Arashiyama’s Arabica, I woke up soon after sunrise to catch a cab and head out for Arashiyama’s Abrica coffee. 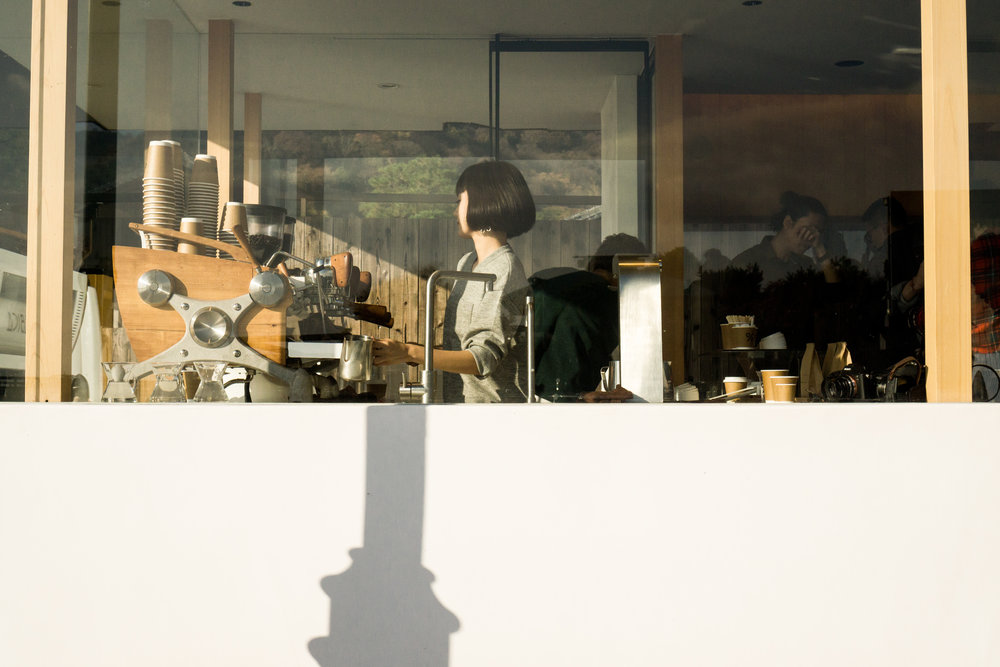 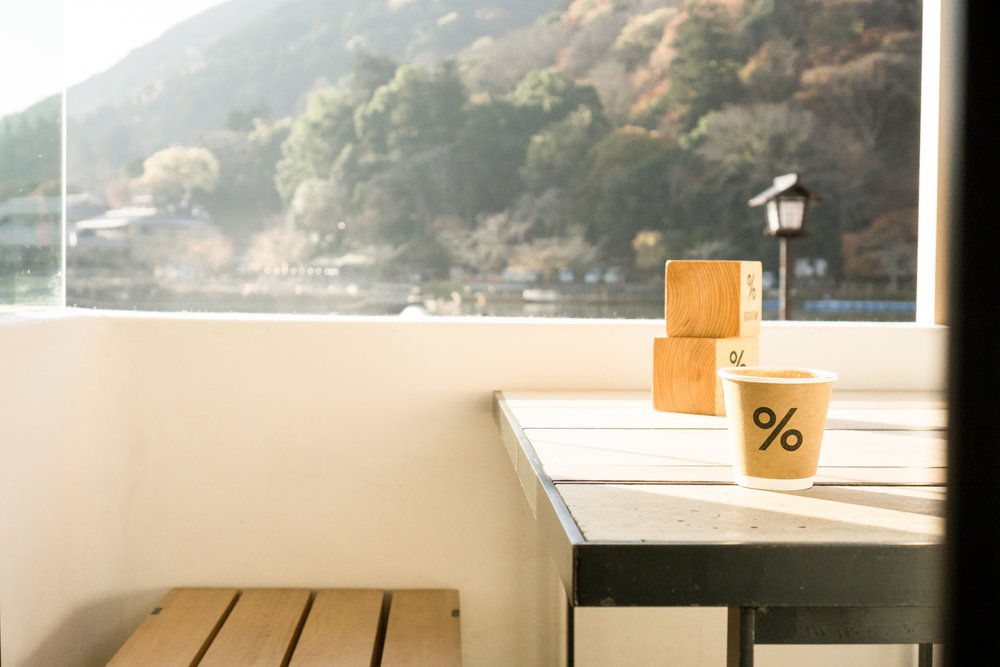 I’m still trying to be better, stronger, independent, happier, and conquer obstacles in the morning, so I made this one day getaway break by waking up early and taking another 3-hour shinkansen ride to Kanazawa. I came here once with my boyfriend at the time and coming here alone was strange, sad, but also kind of refreshing with bittersweet memories. I’ve been so determined to move on and free myself of all bad memories by moving forward and I practiced shooting more photos of contemporary design by swinging by the Umimirai library (to my bitter disappointment, the library was closed temporarily and the website didn’t post an update on that) so I only caught a few exterior shots and visited a few other parts of SANAA’s 21 contemporary art museum I didn’t get to see before. I’ve been obsessed with Maruni chairs and these by SANAA are just so lovely. But I fear that if I were to purchase one, it’d break on me because of the rate of all the sushi balls, ice cream, and drinks I’ve been intaking. 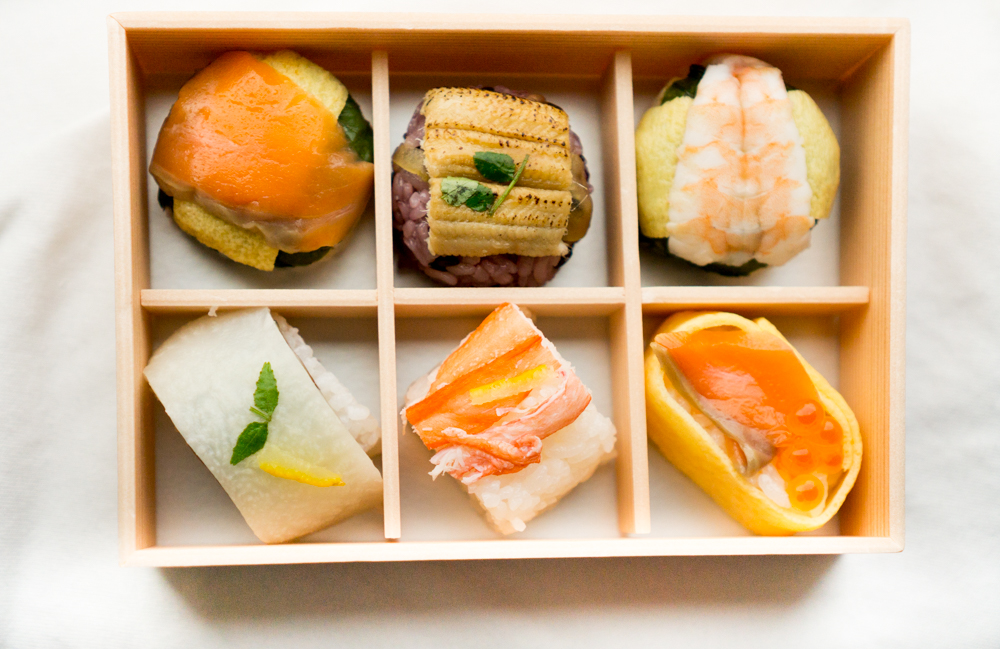 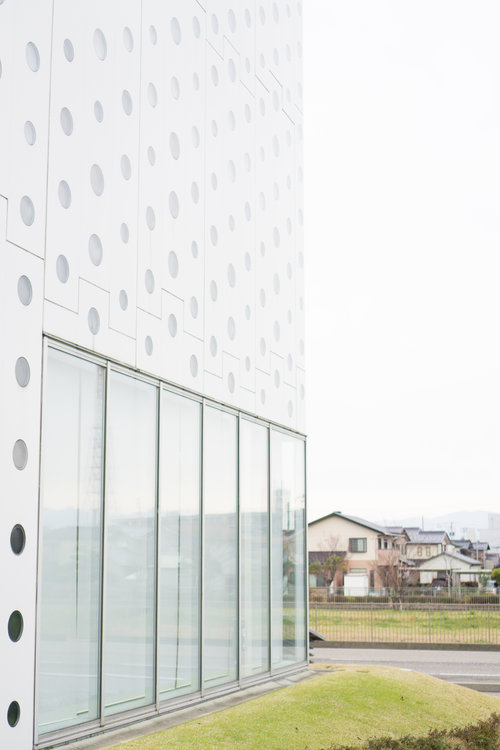 The guys and I then took another shinkansen to Okayama, a train to Uno station, then a ferry to Naoshima Island. Naoshima reminded me of a remote secret agent headquarter island, and Ando’s Benessee and Chichu museum reminded me of a villian’s lair. (enter whatever 007 quotes you can think of) After biking about 10 minutes uphill and walking into Chichu’s Art Museum’s of mystery (and works by Monet, Turrel, and Walter de Maria) we were all left breathless. Ando always does a fascinating job angling light and designing with concrete. His concrete is always so smooth that you want to rub your face all over it and touch everything you shouldn’t touch. Although photos are strictly prohibited (and I was called out countless times with curators even following and watching me put away my camera) I snapped no less than a hundred photos. And after Andrew jumped on top of Yayoi’s pumpkin, I’m pretty sure Andrew and I are one of the least welcomed back onto the island. 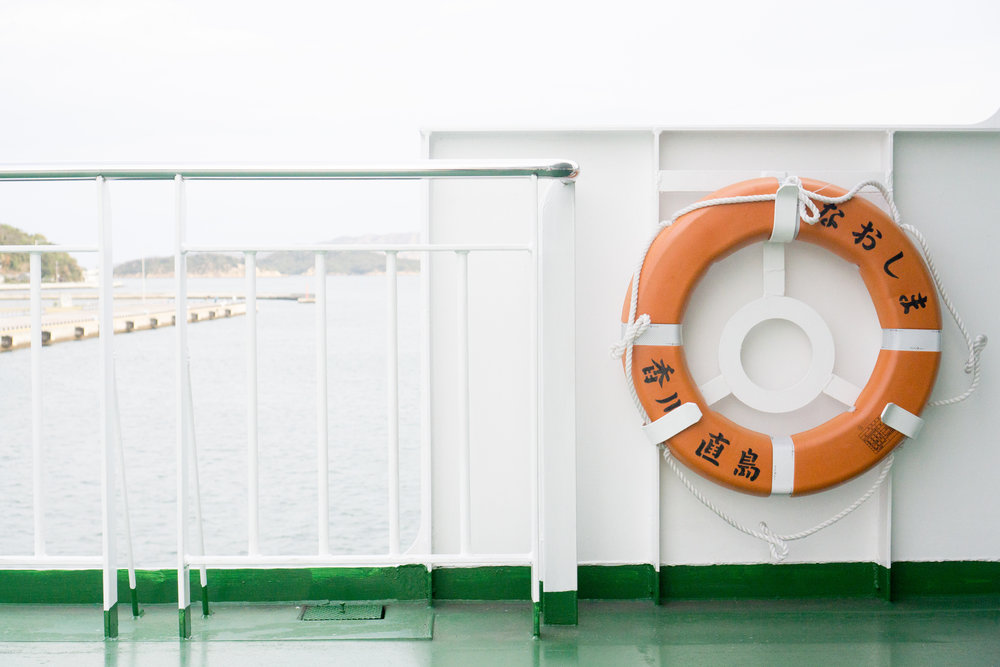 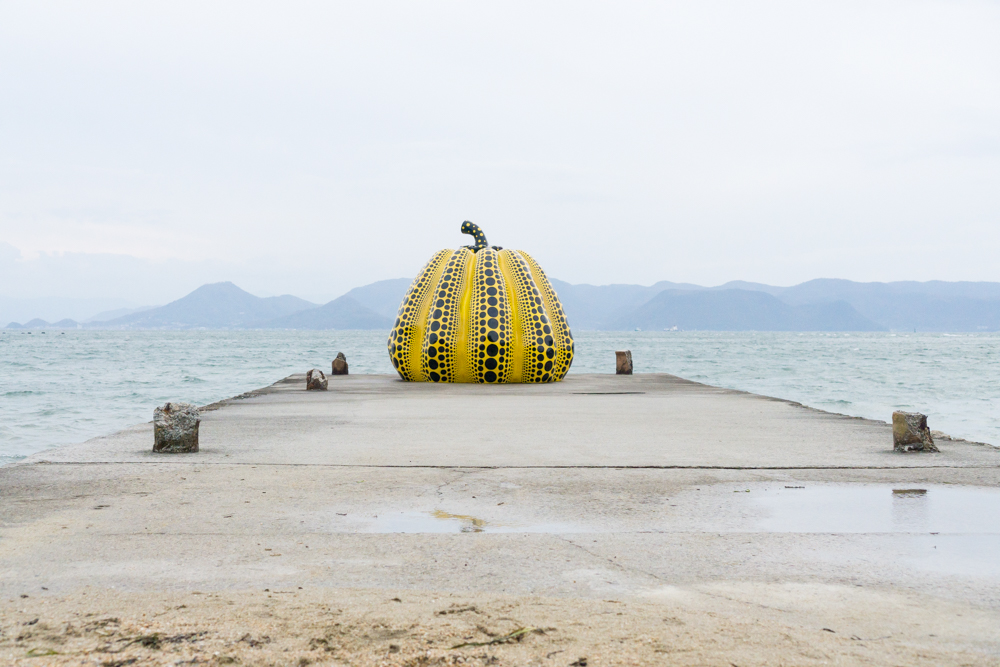 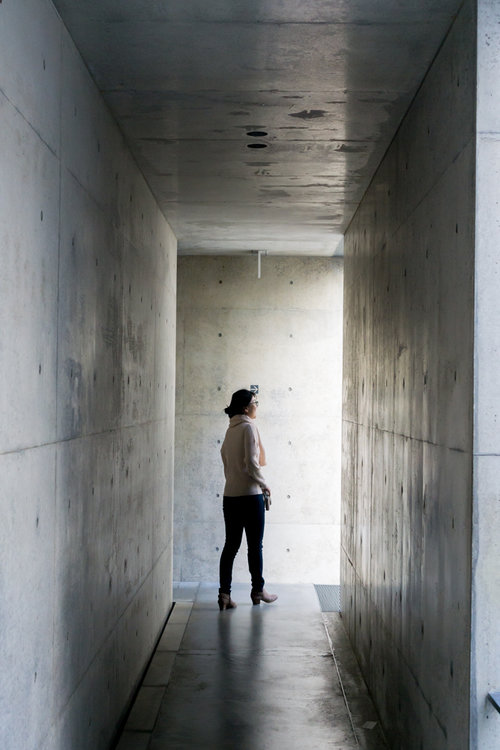 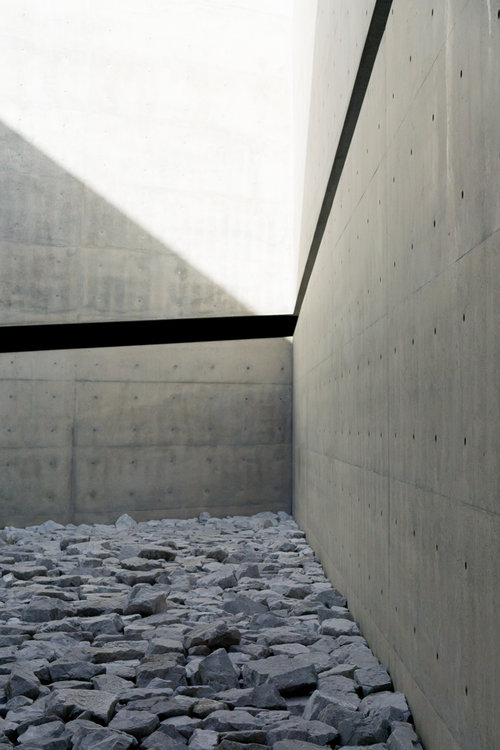 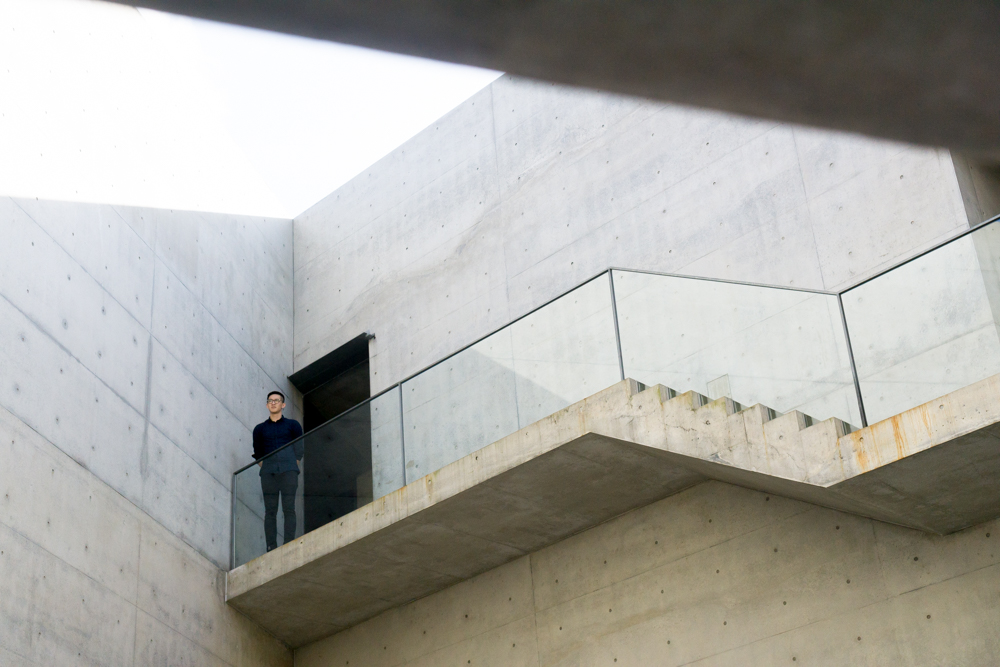 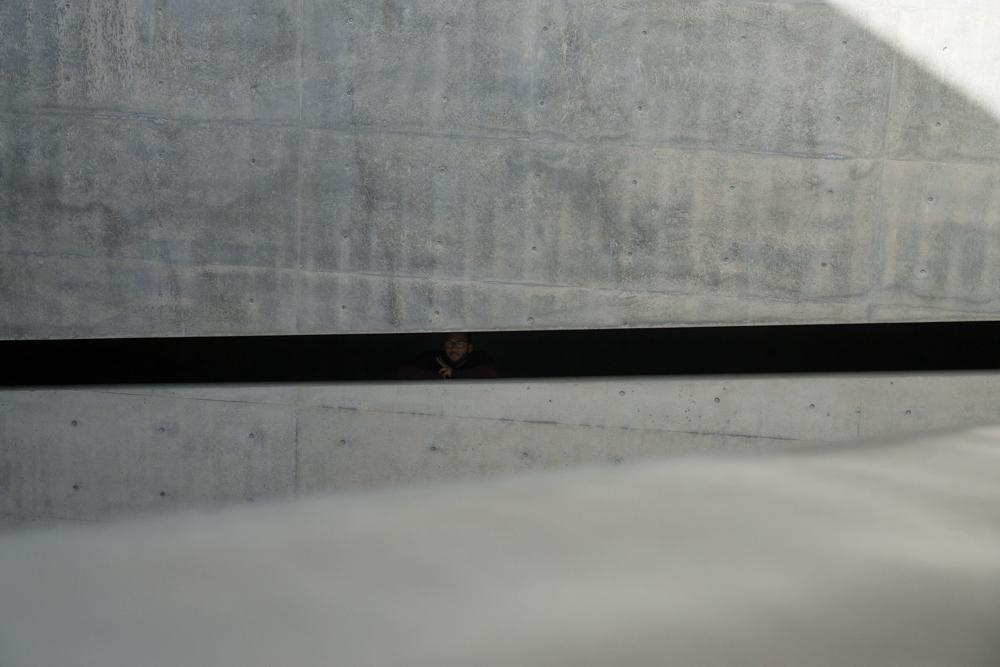 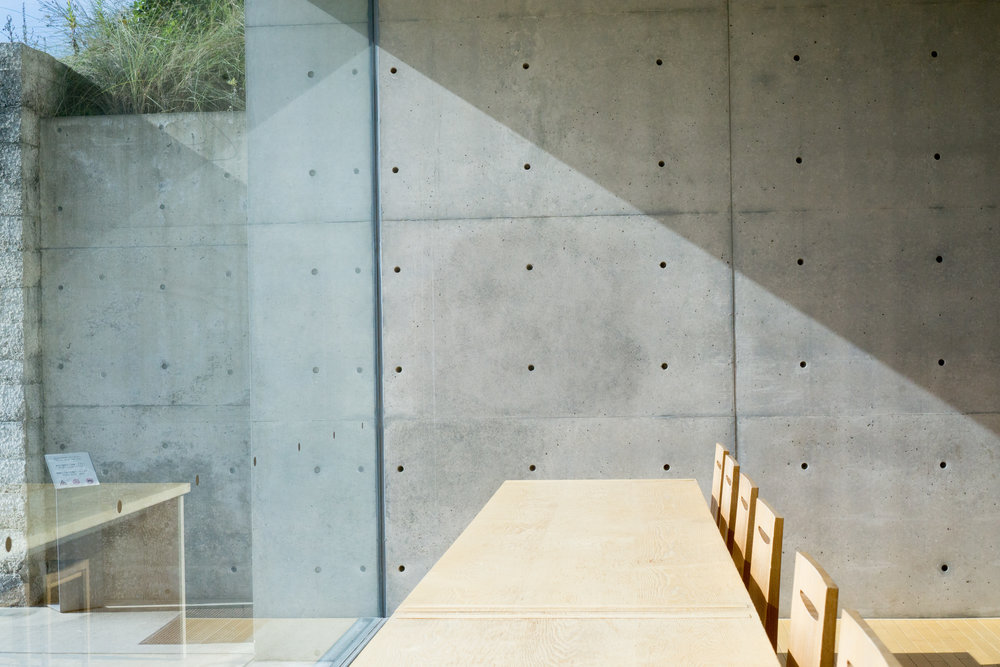 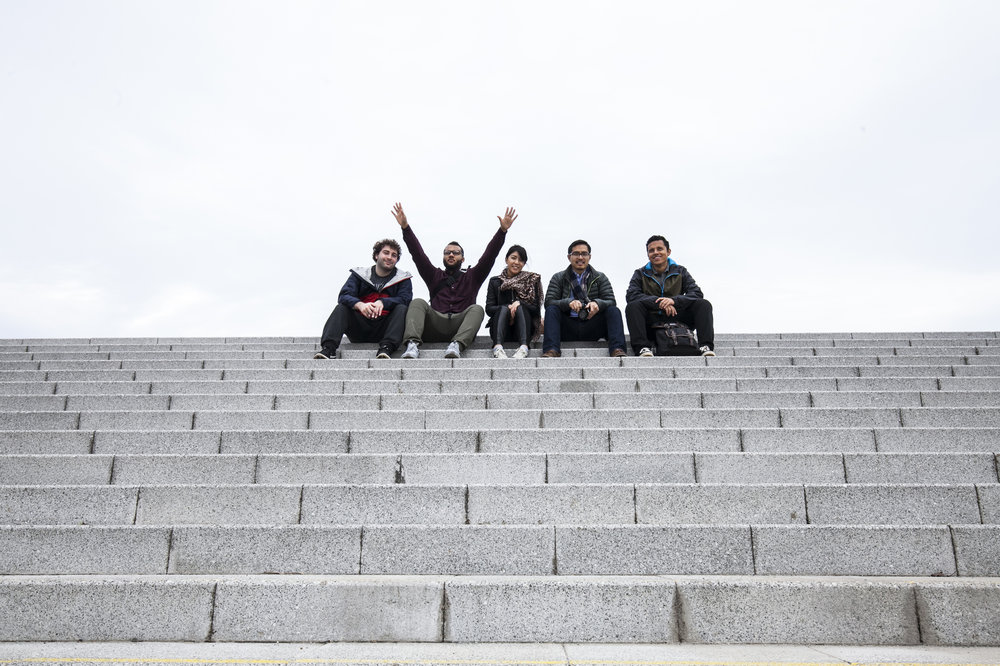 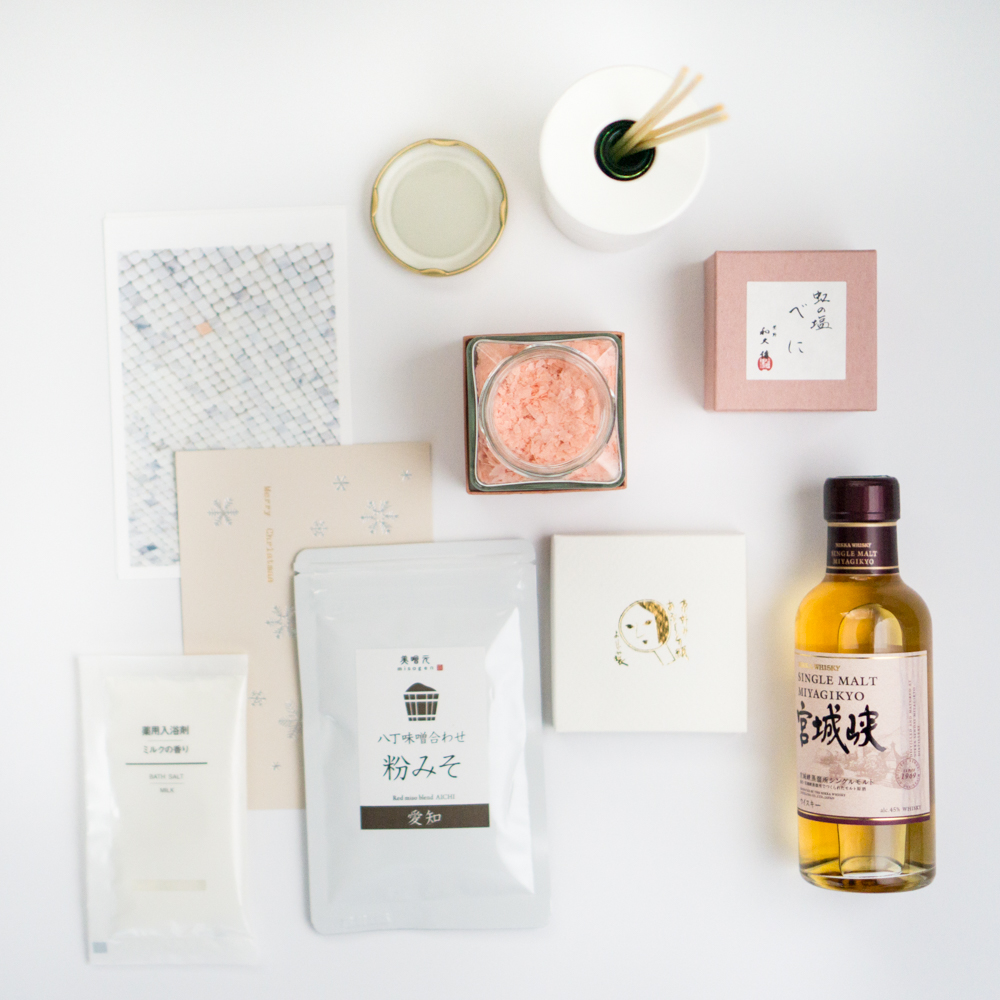 Now, it’s been a few days since I’ve been back and better from Japan. And I’m really excited to continue exchanging all kinds of baked and handcrafted goods with my old and new friends here and abroad this holiday season. It’s a sweet time of giving and receiving. Bring in the last few weeks of 2016. I’m ready to kick the shit to the very end of 2016 and run through Boston, New York City, to start off 2017.